Benson, N.C. — Three people were shot in a barrage of gunfire early Saturday morning in Benson, including a high school football player.

Two men were directly hit in the shooting, Benson police said, and a woman was also injured.

Officers responded to East Benton Street and South Whittington Street around 12:30 a.m. Witnesses said they heard dozens of gunshots. There are bullet holes in homes and vehicles in the neighborhood.

“It was like war out there,” Ka’Niya Moore said.

Her 15-year-old brother, CJ Redmond, was shot. Redmond, a football player at South Johnston High School, had just returned home from a winning game, Moore said. He walked outside to check out a commotion before shots were fired. 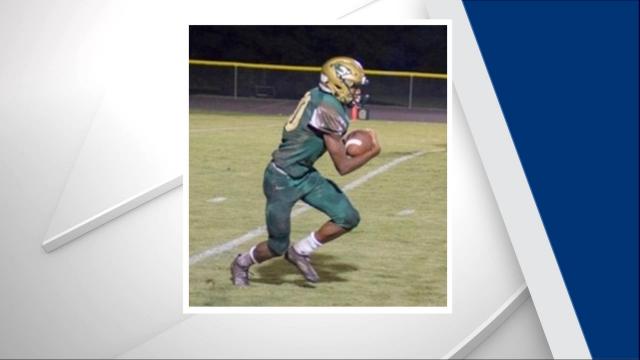 “He ran back,” Moore said. “We did not notice he was shot or nothing until he got upstairs and lifted up his shirt, and we saw the blood coming down.”

She said a bullet tore through Redmond stomach.

“I just broke down,” she said.

Family members said Redmond underwent a successful surgery and is expected to recover. They’re relieved — his daughter was recently born.

Moore says her aunt, Tiffany Burgess, was hit in the leg and is recovering.

The Benson Police Department said Saturday afternoon that a person of interest had been identified.

Anyone with information about the shooting can call the Benson Police Department at (919) 894-2091 or email crimeline@bensonpd.org.