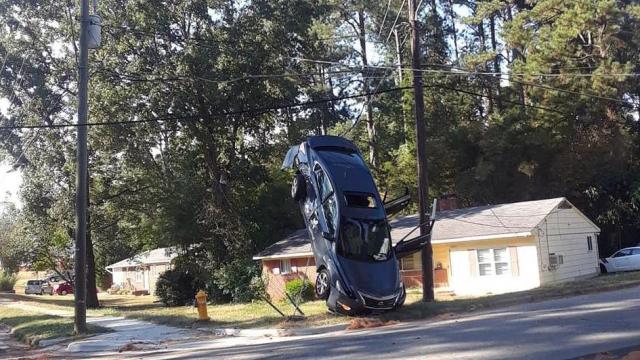 Raleigh, N.C. — A 16-year-old faces charges after a weekend crash in Raleigh left a stolen car suspended almost vertically next to a power pole.

Lonnie Millhouse, of 4311 Magnolia Green Lane, was charged with possession of a stolen motor vehicle, reckless driving, injury to real property and driving without a license. He was given a $5,000 bond on Monday. 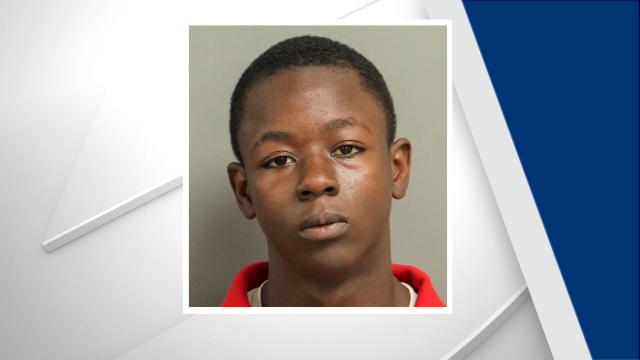 Police responded to a crash at the intersection of Milburnie Road and Chatham Lane shortly after 3 p.m. Saturday.

One of the cars involved in the crash, a stolen 2013 Nissan Altima, had its grill in the ground and its back wheels in the air, caught on guy wires to power poles at the intersection.

Millhouse and two other teens in the car were take to WakeMed for treatment of injuries that weren't life-threatening. The driver of the second vehicle was treated at the scene for minor injuries.