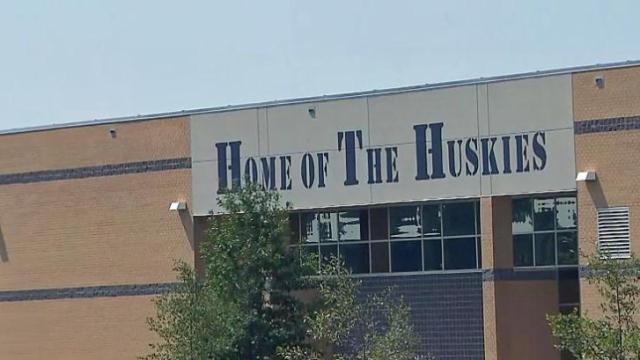 Wake Forest, N.C. — A 15-year-old girl charged with assaulting a classmate at Wake Forest's Heritage High School said Wednesday that she is sorry for what she did, but she also says the video of the fight that made its rounds on social media doesn't tell the whole story.

The teen, who did not want to be named, said she is in fact the victim of bullying, not her 14-year-old classmate, who was diagnosed with head and neck injuries after the two were involved in a fight last week.

"I know I was wrong for fighting her, but I have my reasons," the 15-year-old said. "I was getting bullied and harassed."

Shortly after the fight, a video posted to her Snapchat account shows her sitting in a room with her mother. The two are high-fiving one another and can be heard bragging about the beating. The video also shows a picture of cash the teen said she was paid for the fight.

The 15-year-old said the video is untrue.

"I mean, I was just trying to be a cool kid like everyone else is. I didn't think it would be taken to this...all of this," she said.

Her parents also say the video was misunderstood.

"I was like ‘I can't believe this is happened’. I high-fived her because she go into Spanish class," her mother said. "As parents, we would never condone this behavior."

Her step-father said the money was a way of her trying to act cool.

Despite the apology, the teen said she has learned the hard way.

"People took it the wrong way. It was all meant as a joke and you should really be careful what you put on social media," she said.

Both mothers, who did not want to be identified, said they have concerns that school administrators did not do enough to keep their daughters safe.

"While we are limited in what we can share as a school district, we want to assure the families at Heritage High School that creating a safe climate for students to learn is a top priority," the school system said in a statement.

The Wake County District Attorney filed a juvenile petition against the 15-year-old for misdemeanor assault inflicting serious bodily injury. She has also been suspended from school.