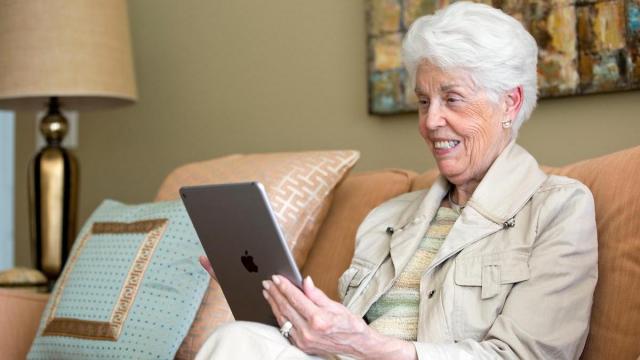 Forget about searching for a fountain of youth or waiting for the next medical miracle. A solution to many of the challenges of aging, from loneliness to visual impairment, may come first from technology.

Amazon's Alexa, for example, responds to voice commands, so poor sight isn't an issue. And with the convenience of resources such as Senior Portal, a configurable software system that empowers senior living communities, no one is left behind when it comes to connecting with people and local happenings.

People may retire, but that doesn't mean their lives are technically static or behind the times. Many want to know how to bring out the smart in their smart TVs. This is happening now at Galloway Ridge at Fearrington, a Life Plan Community near Chapel Hill.

"We want to be first in class, to lead the way forward in aging services," said Brad Moore, senior director of technology innovation at Galloway Ridge. A major part of that mission is stereotype bashing, especially the notion that technical savvy is only for the young.

Rather, technology is for everybody at any stage of life to improve the quality of that life, he said. The leadership of Galloway Ridge decided to embrace technology by bringing in the expertise and the hardware. 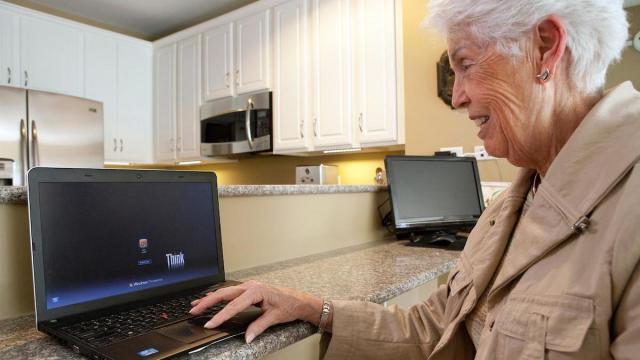 Moore leads a team of four IT professionals and is looking to hire more. That team provides whatever services the more than 400 residents require.

"The appeal for me has always been to design software systems for nontechnical persons, but that was in business," said Moore, who received his Ph.D. in bioinformatics and computational biology from Duke University last year. "Now we take and make it work for this age. We have this mandate to innovate."

The challenge is to use technology against age-related declines in sight, hearing or cognitive function.

Galloway Ridge and Senior Portal put out a call for volunteers to try out the Amazon Echo last fall. Robyn Ellison, digital information coordinator, said they were hoping to recruit 30 residents, and 50 applied. Each received an Echo and was introduced to Alexa, the built-in voice assistant.

The team quickly learned that classroom lessons about how to work with the Echo weren't as effective as one-on-one follow-up.

"But we dispelled the notion that the older generation can’t pick up new technology," Moore said.

Of course, there were some bumps along the way. Several residents pronounced Alexa with an extra syllable -- 'Alex-i-a' -- and the Echo didn't recognize the name, so it didn't respond.

The positives, though, so outweighed the temporary drawbacks, that the Echo became a popular Christmas present.

"You say good night and good morning to Alexa and it's a lovely feeling," Ellison said.

Alexa was especially popular with a nearly blind resident. He quickly adapted to asking Alexa just about anything, from simple things such as telling the time to more complicated topics that could be accessed on the Internet.

Moore worked with the resident's audiologist to set up his hearing aid to work with Bluetooth and connect to the Echo. The resident liked the Echo so much, he bought a second one.

"Many residents love to listen to music," Ellison said, "so they have her play all day long. It's a great resource."

She and Moore had to help with the setup of a streaming music service for each music-loving resident, but after that initial setup, they embraced Alexa.

The IT team tackles challenges with the residents.

For the writer who had a stroke that led to impaired vision, she was taught how to enlarge the text on her computer and use a voice-activated keyboard so she can still write. When fine motor skills decline, touch screens are difficult to use, so a special keyboard or voice-activated system works better.

The future of technology for the aging is wide open. The key to embracing that future is a strong infrastructure, Moore said, and he plans to increase the community's WiFi speed to support the various and numerous devices coming on the horizon.

They also plan to digitize more services, including a medication management system. Wearables such as Fitbits or Garmins may help residents track their health. The Portal will continue to improve, and the possibilities are endless, along with the opportunities to fit each individual's needs.

"We'll inform them of options that are out there," Moore said. "We don't want them suffering needlessly because they don't know there's a technology solution."