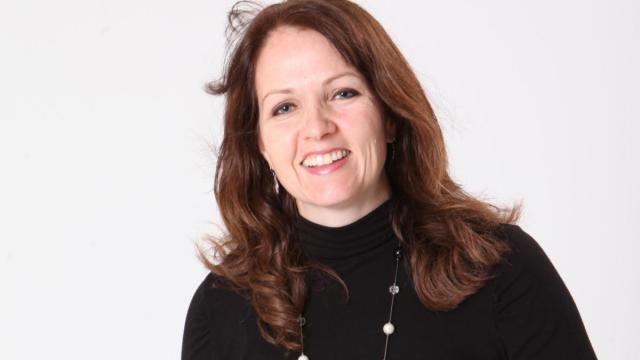 Deirdre Clarke has worked in the the tech field her entire career, but her eyes were opened a few years ago about the low numbers of young women pursuing the same career plan when she went to college orientation with her daughter, now an N.C. State junior studying computer science.

To get more girls interested in so-called STEM careers, Clarke, a mom of three who lived in Philadelphia at the time, got involved in TechGirlz, a nonprofit based in Philadelpha that runs free technology workshops for middle school girls to encourage them to pursue science, technology, engineering and math education and, eventually, careers.

Clarke, a mom of three, moved to Cary about two years ago and brought TechGirlz with her. She also is a product management director at Bandwidth in Raleigh, launching new software products.

TechGirlz also offers TechShopz in a Box, which are free, pre-packaged versions of its workshops that anybody can run in their own community.

I checked in with Clarke by email to learn more about her and TechGirlz. Here's our email conversation.

Go Ask Mom: You've spent your career in the technology field. But a college orientation at N.C. State for your daughter really opened your eyes to the low numbers of female computer science majors. Why do you think so few girls are pursuing STEM majors?

Deirdre Clarke: When I graduated with a computer science degree and started out as a software developer, there was approximately one female for every three males on our teams. Over the years, I had moved to more of the business side in product management. In a more senior role, I certainly noticed that I was often the only woman in the room.

There are many theories as to why so few girls are pursuing STEM majors, but I think the biggest factor is the lack of exposure - how great of a career field it can be for women too. On television, in the movies, and just in every day life, it is mostly men that people see and know about. We need more women role models for young girls to look up to and aspire to be.

GAM: What do we, as a society, miss out on when so few girls consider STEM careers as a possibility for them?

DC: So much! All of the software that exists today, whether it is an app on your mobile phone or a large scale enterprise service, is used by people of different ages, genders, races and religions. Let's face it, we all think differently. In order to build the best software and to really get into the minds of how people will use it and why they need it, you need a diverse team developing it. The most diverse teams are the ones who create the most successful products.

GAM: How did you get involved with TechGirlz? When did you introduce it to the Triangle?

DC: I was still living in Philly when I attended the NC State orientation program with my oldest daughter in 2013. It was there that they told us that in the engineering program, the major with the least females was computer science. It had a dismal 11 percent female graduation rate. It was kind of shocking to hear, so I researched other schools and found out that it was relatively the same across the United States. So I found the TechGirlz organization and wanted to start changing that. Shortly after that though, I moved to Cary and discovered that there wasn't a similar organization here, so I decided to start a TechGirlz community here in November 2014.

GAM: What are the programs all about? What ages are they designed for?

DC: We have had an awesome 13 months thus far and have held 12 events so far with already six more planned for the first quarter of 2016. All of the sessions are free for girls in middle school (although we have accepted others who have fell outside of that range) and have centered around technology careers.

We have had hands-on programming sessions like CSS/HTML and Linux and sessions geared towards designing a website and testing software. Other big hits have included career panel and college panel informal discussions where the girls could hear from others in the industries and ask them questions.

DC: Our main mission is to get young girls excited about all of the possibilities in STEM and them feeling that they are 100 percent fully capable of rocking it. The look on the girls' faces when they get to create something in our sessions is so rewarding. They are so proud of themselves and they should be! I know that they are going to do great things when they are older.

As for the TechGirlz organization, I feel truly fortunate that I have had a ton of wonderful people reach out to me to volunteer and help with our mission as it truly takes a village. My hope for TechGirlz is for us to become more recognized as a vehicle to propel the future rise of women in technology roles. The ultimate end result would be for true 50/50 representation in the profession some day.