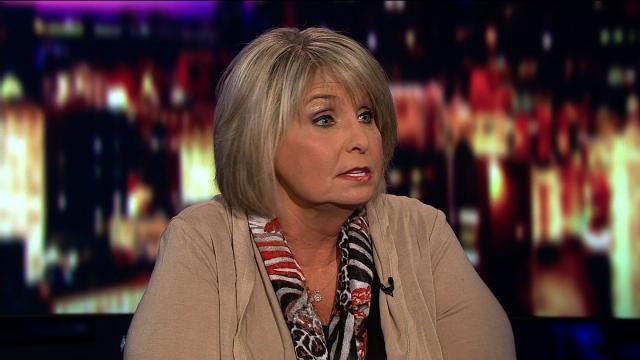 NEW YORK (CNNMoney) — The internet is rallying to help a Roy Moore accuser rebuild after a fire destroyed her home this week.

Tina Johnson had said failed U.S. Senate candidate Roy Moore grabbed her on the buttocks in 1991.

Stanton, a former executive at Twitter, is the chief marketing officer at genetic testing startup Color Genomics. She told CNNMoney that she read about the fire at Johnson's home on Twitter and swiftly took action.

"It's important to support women who are bravely using their voices to make the world better for other women. I was really upset to see the news about her home today. Money won't erase what happened, but I truly hope it will help," Stanton said.

Stanton previously worked at Google and served as a director of citizen participation for the Obama administration.

The campaign represents a new dimension for the #MeToo movement, which went viral after allegations against film mogul Weinstein came to light in October. People are now rallying by making tangible support for an alleged victim.

Stanton said she has experienced sexual harassment in her own career but has not been a "loud voice" in the movement. "I'm inspired by the courage of women like Tina."

Johnson lost the home where she has lived for the past 10 years with her husband and 15-year-old grandson. Alabama authorities said arson was being investigated. The Etowah County Sheriff's Office said there doesn't appear to be a connection to the allegations against Moore.

In a call on Friday, Johnson said she first learned of the GoFundMe campaign from a local reporter and spoke with Stanton on Friday evening.

"Honestly, I'm in shock like I was the day it happened. I can't comprehend all this, it's just overwhelming," she told CNNMoney, stressing that the money will be put toward getting a stable home. "I need a home for my grandson."

Johnson said she "can't believe" the support that has poured in.

Johnson was among eight women who came forward to say Moore acted inappropriately with them. She was 28 at the time of the incident she recounted. Moore has denied all the accusations.

"I did what I thought was right," she told CNNMoney about coming forward with her story.