Tears, screams and no bond as two charged in Sanderson grad's shooting death

Elijah Ugochukwu Umelo, 18, and Roland Lacure, 44, were charged with the murder of Desmond Myles Jenkins. Lacure was arrested Tuesday, and Umelo was arrested early Wednesday, according to court records.

He died shortly after being taken to the hospital, police said.

The families of both suspects and of the victim converged in court for the suspects' first appearance Wednesday afternoon. 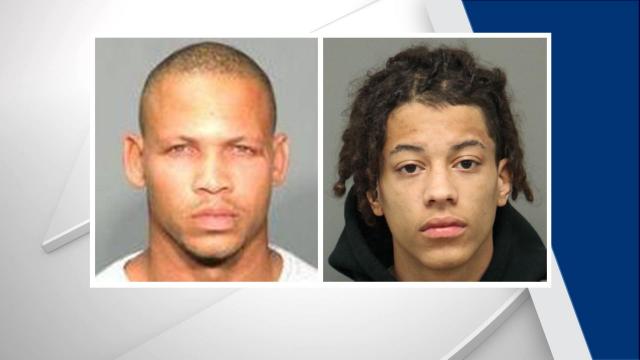 When he entered the courtroom, Umelo looked for familiar faces in the crowd.

Seth Blum, defense attorney for Lacure, told the judge, "He’s got folks in the community who love him and whom he loves. He’s got a home, he’s got a job. He’s working on hiring an attorney. He’s not going to run.”

But his argument failed to sway the decision to hold both men without bond.

Lacure's family reacted with screams and crying as they left the courtroom.

Jenkins' family was visibly upset as the suspects asked for bond, left quickly and quietly.