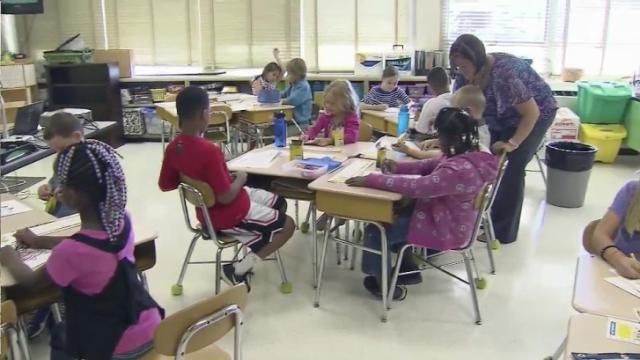 Greensboro, N.C. — A Superior Court judge has put a new teacher contract law on hold in Guilford and Durham counties, but his ruling will not apply statewide.

Judge Richard Doughton signed an order Friday that said the two counties could ignore the requirements of a state law that forced them to offer pay raises and four-year contracts to a quarter of their teachers in exchange for those teachers giving up their tenure, or career status, rights.

Doughton called the provision "vaguely and obscurely drafted" and said the law likely contradicts the state and federal constitutions.

However, he did not make his ruling applicable to other school districts throughout the state.

"We look forward to pressing our statewide case, now pending in Wake County Superior Court," Rodney Ellis, president of the North Carolina Association of Educators, said in a statement. "Meanwhile, we encourage school districts to weigh their options very carefully. Already, 50 school districts have passed resolutions calling for repeal of this law. These districts cover most of the state’s teachers."