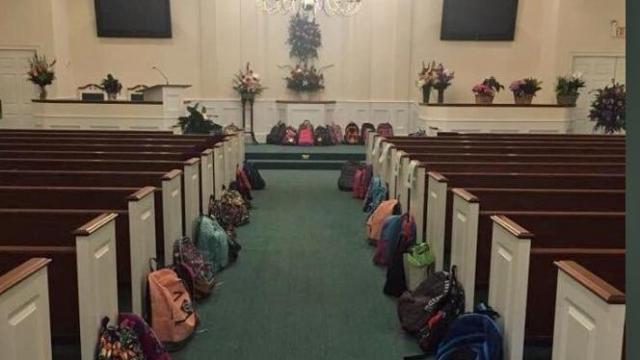 Forsyth County, Ga. — A Georgia teacher is advocating for students even after losing her battle with cancer.

According to an obituary, Tammy Waddell, 58, was a teacher for four decades before her death earlier this month.

At her funeral, many honored her final request to bring backpacks full of school supplies for students in need instead of sending flowers, according to a Twitter post from her cousin.

A tweeted photo of the chapel filled with backpacks went viral and has been shared thousands of times.

My cousin’s final request at her funeral was Backpacks full of supplies for needy students instead of flowers. A teacher to the end. @TeachersNet @edutopia @EdWeekTeacher pic.twitter.com/eGig25tYwH

Nearly 100 other teachers who worked with Waddell served as honorary pallbearers, carrying backpacks out of the chapel and back to students at their school following the service.

Honorary pallbearers... Teachers who had taught with her through the years... pic.twitter.com/CyB2pBbBNy