Raleigh, N.C. — Power has been restored to most of the 1,600 customers impacted after a taxi struck a utility pole in southeast Raleigh on Wednesday, but major intersections remain affected.

Officials said a taxi cab crashed into a utility pole near the 1700 block of MLK Jr. Boulevard near the Raleigh Boulevard intersection. The crash brought down a transformer and power lines.

The driver of the cab did not suffer major injuries, officials said. Charges are pending.

Duke Energy reported that at least 1,602 customers were without power at 5 a.m. in the area near MLK and Rock Quarry Road. By 6:30 a.m., the map showed 50 customers without power. 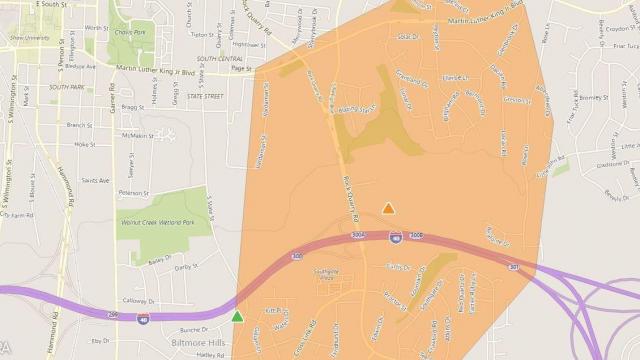 The road could be closed for several hours, impacting the morning commute, officials told WRAL News. Motorists are advised to avoid the area if possible.