Tata: Tolling can't be ruled out to pay for NC road projects 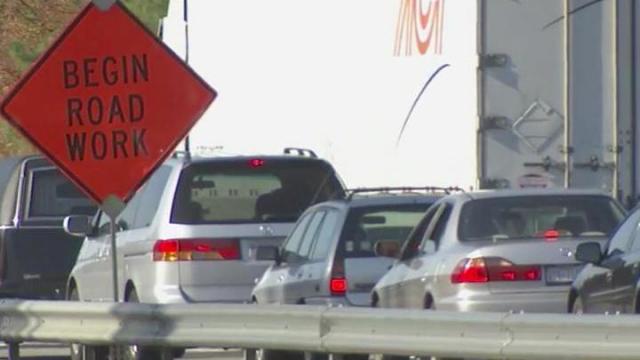 "You have to talk about tolling as an option across the state as we look at how we're going to generate funds for future projects," Tata told area business leaders Thursday morning at an annual breakfast meeting of the Regional Transportation Alliance.

Tata said the transportation department faces significant funding challenges as the state gas tax, a major source of funding, is bringing in less revenue each year.

Although more people are driving in North Carolina, they are driving more fuel-efficient vehicles, including hybrid and electric cars. Drivers living near state borders also cross state lines to avoid paying North Carolina's gas tax, one of the highest in the Southeast.

Meanwhile, Tata said, the need for projects is growing, and their costs are rising.

"It's not to say we're going to do tolling," Tata said, "but it's got to be an option on the menu of how you fund projects."

One project that tolling could help pay for is a $6 billion overhaul to bring up to current safety standards the 182-mile stretch of Interstate 95 from South Carolina to Virginia. A January 2012 state-commissioned study found that the state would be able to fund only about 10 percent of the project without it.

Some lawmakers have opposed tolling I-95, concerned about how it could affect local residents around the highway and affect business recruitment and retention in the state.

Tata wouldn't say whether he thinks tolling I-95 should be an option or say what other ways could help bring in revenue for the state.

Tata, who was appointed transportation secretary in January, also laid out other priorities for the department, including improving customer service, especially in the Division of Motor Vehicles.

The DMV has already extended its hours during the week and weekends at several locations. Tata said more locations are expected to extend hours in the coming months.

"The overriding goal is that we don't want anyone to have to take off from work or school to go and do their DMV business," he said.