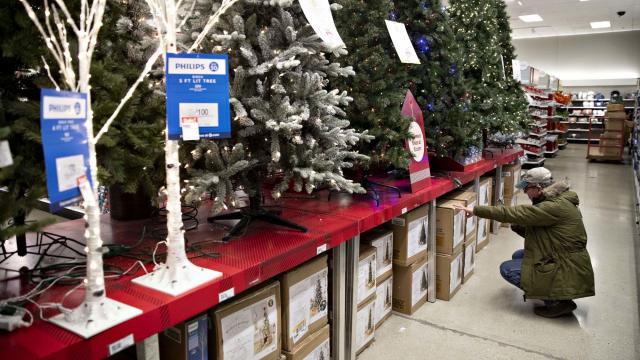 CNN — Target reported lackluster sales during the critical holiday stretch, raising some concerns about whether the retailer can keep growing as it faces rising competition.

Target has been one of the few traditional brick-and-mortar retailers thriving against Amazon. But it reported a sales gain of only 1.4% in November and December at stores open at least a year, a key measure of the retailer's health. That was below the company's guidance for the period and well short of the 5.7% growth it had a year earlier.

While the company said it should still be able to hit its profit target for the fiscal fourth quarter, the sales report drove down shares of Target 6% during trading early Wednesday.

"Holiday sales did not meet our expectations," Target CEO Brian Cornell said. The company "faced challenges" in electronics, toys and home goods, he said. Together, those divisions make up around one-third of the company's holiday sales. Target did enjoy a 19% bump in online sales.

The sentiment among several Wall Street analysts Wednesday was that Target's holiday results did not signal a systemic problem at the company, but rather a slowdown in key holiday areas like toys.

Overall holiday sales had been reported to be strong this past year, as low unemployment helped spur consumer spending. Costco said its sales in December increased more than 9%.

Walmart and Best Buy do not report holiday sales until next months, but shares of both companies fell during Wednesday trading as Target's results weighed on investors.

Target has been on a winning streak since 2017, drawing shoppers with private-label brands, remodeled stores and new small-size stores in cities.

But the company also announced a shake up of its executive ranks Wednesday in the wake of the disappointing holiday sales.