Meg Moss, executive director for the Sanford Chamber of Commerce, said the award will honor Mason for his significant impact on the state of North Carolina and Lee County especially.

Mason, who joined the WRAL family in 1997, tells stories of hidden gems across the state that appear daily on WRAL News at 5:30 p.m. He spends his time meeting and highlighting small business owners that have an enormous impact on North Carolina's economy and creative, special spirit. 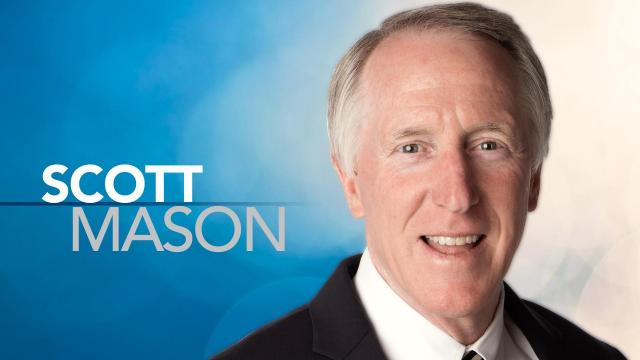 "We are pleased to honor Scott tonight at the Chamber Annual Membership Banquet," said Moss.

Mason was born in Raleigh but grew up on the Massachusetts coast. He spent his childhood racing sailboats and playing tennis and hockey.

Even as a child, he loved to write and tell stories.

To date, Mason is the winner of more than 100 journalism awards, including national Edward R. Murrow Awards, regional Emmys; the National Headliner Award and two North Carolina TV Reporter of the Year awards. He is also the author of "Tar Heel Traveler: Journeys Across North Carolina."

"Scott is a tremendously gifted and accomplished storyteller," said Rick Gall, News Director for WRAL-TV. "His Tar Heel Traveler reports are consistently among the most memorable that we air each day. We’ve been incredibly fortunate to have him on the staff at WRAL all these years.”