Tapping Technology to Advance the Future of Journalism 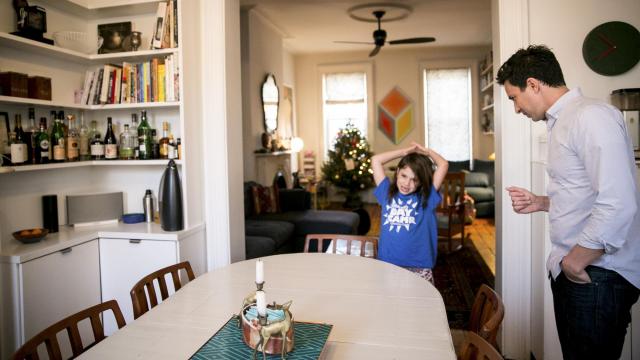 How do New York Times journalists use technology in their jobs and in their personal lives? Sam Dolnick, an assistant managing editor at The Times who oversees digital initiatives, discussed the tech he’s using.

— You oversee podcasts, virtual reality and other new digital efforts. What does a typical day look like for your media consumption?

I used to begin the day scrolling through my phone while still in bed. Recently I’ve gotten better at leaving my phone in another room while I sleep — which means that now the first thing I do when I wake up is make a mad dash to retrieve my phone from the living room.

I read several email newsletters, then I read The Times’ front page in print, flip to the Opinion pages and scan for other articles to read on my phone during the commute.

My 7-year-old daughter will usually ask Alexa to play a terrible song — the democratization of music choice is one of the untold perils of the modern era. Then, Alexa will thankfully interrupt with an alarm that it’s time to leave for the bus.

I work with the team that produces The Daily, and I listen to that day’s edition as I walk to the subway; I now take a longer route so I can finish it before the train. I’m always interested in the personalized playlists Spotify makes for me — what do the algorithms say about me? I check Twitter more often than I should, but it’s the easiest way that I find unexpected and surprising stuff. I try to look for at least one weird thing made on the internet every day.

At night, my wife and I will often watch a streaming show. We just started “Wormwood” on Netflix. And then I read actual physical books before going to sleep.

— You study new opportunities for The Times to distribute its journalism. How do you decide which ventures are worth pursuing?

Lots of people have referred to this past year as a “media apocalypse” because of the harsh realities of digital advertising. But from a different angle, there’s never been a more exciting time to tell important stories and reach more people in more ways. Our mission at The Times is to help people understand the world, so we pursue opportunities where we can further that in new ways.

We decided to push into virtual reality because we found the immersive power of the medium to be revelatory — the feeling of being able to inhabit physical spaces was a whole new way to understand the biggest stories of the day.

We started making a daily visual-first edition of The Times for Snapchat Discover for different reasons; we want to get our work in front of people who may not otherwise read The Times regularly. And we thought that the phone-friendly language of Snapchat — full-bleed images, graphics mixing with photos mixing with videos — was a language we should develop as part of our own mobile evolution.

And then we made a major push into audio because we saw a giant opportunity to reinvent our journalism in a medium that is quickly rising in importance. We are living in a world where the mobile phone is dominant, and audio, which doesn’t require your eyes or your hands, is the ultimate mobile medium. We launched The Daily in February, and it immediately became our best push toward rebuilding the daily habit of print reading. It’s really working. The Daily was the top downloaded podcast in Apple podcasts in 2017.

We’ve got more to come in 2018, but look for those common threads. We’ll go to places where lots of people are already spending their time and mediums that allow us to help people understand the real world in new ways.

— What are some of your favorite new publishing strategies that you see The Times or other outlets experimenting with?

I know some people find push alerts to be intrusive, but I’m fascinated by them. I watch NBA highlights right from my phone’s lock screen: The great Bleacher Report app sends out push alerts with embedded videos of the key moments from the games, often in real time. I never even open the app, but it has totally changed how I watch basketball.

I’m also seriously interested in newsletters as a lo-fi way to form a deep relationship with readers. I’m not sure I’ve ever been to the Axios site, but I spend more time with Mike Allen’s newsletter every week than I do with most publishers’ home pages.

I don’t know if any media organization has quite cracked the best way to use Amazon’s Alexa on Echos and Google Home, but I have both devices and am closely watching what works.

I’ve become intrigued by the trivia game HQ Trivia, which seems to be getting at a burgeoning and widespread desire for shared activities that break you out of your own siloed tech bubble. I tried to get my wife to play, but she thinks it’s creepy and dystopian that everyone opens a phone at once.

Finally, streaming TV feels like a new frontier where old rules about length, format and expectations are exploding in real time. When you’re not locked into 30 minutes with commercial breaks, what other conventions can you throw out?

— What is your advice for people who aspire to become reporters? What new digital tools should they start using today?

Reporters of the future should master the building blocks of traditional journalism. The coin of the realm, no matter the medium, is the ability to find out new facts and to uncover things that someone doesn’t want you to uncover. If you can get inside the room and explain to people what happened there, and if you can do it quickly and reliably, you’ll become a strong reporter no matter how or where you tell your stories.

Technology is so deeply embedded in our lives these days that you can’t be a good reporter without being tech fluent. You will find sources and story ideas on Facebook, Instagram and Twitter. You will correspond with sources on encrypted apps like Signal and Telegram.

— Outside your job, what tech product are you currently obsessed with in your personal life?

I’m on a wellness kick and have been using the Strava app for running and Headspace for meditating. And we’ve jumped on the Instant Pot bandwagon, though I have to say I haven’t yet become quite as obsessed as everyone else. Our tiny kitchen has not quite adapted to its modern new resident.

— What are some of your favorite podcasts other than The Daily?

One of the Daily producers turned me on to an insane podcast called Dissect, where a guy analyzes, at very great length, every song on a Kanye West record. It’s like going to Kanye School, which I didn’t expect to do.

I’m enjoying Slow Burn, Slate’s new podcast about what it was like to live through Watergate. I loved Ear Hustle, a sharp and humane series about prison life. And “This American Life,” of course, still offers a master class in storytelling every week.