The tanker driver ran off Rock Service Station Road, overcorrected and crashed into some trees.

Fuel Depot, the company associated with the truck, was expected to bring two additional trucks to pump fuel from the damaged vehicle, according to authorities.

More than 200 gallons of gas has spilled so far on Rock Service Station Road near N.C. Highway 42. As of 1 p.m., the truck was still leaking gasoline.

The leak was in front of an unoccupied home, according to authorities, so the spill didn’t pose a danger to the public.

The driver of the tanker was transported to WakeMed with serious injuries, but was stable. 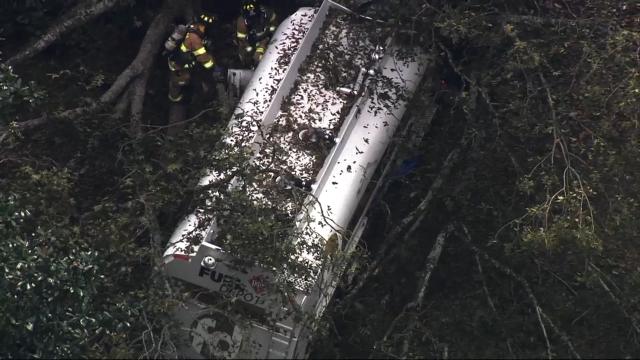