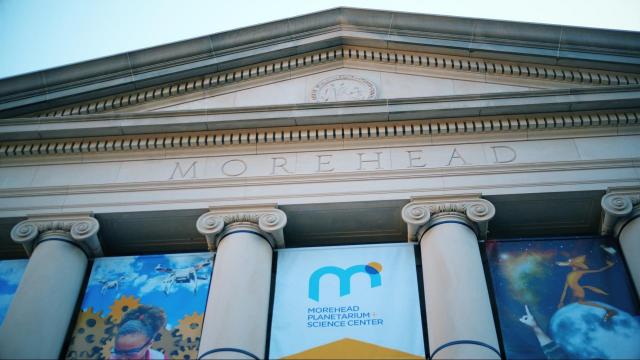 Chapel Hill, N.C. — A lot has changed since Morehead Planetarium and Science Center launched its massive project in spring 2019 to remake the popular destination into a "modern science center."

To start, there's the COVID-19 pandemic, which shut down Morehead's theater back in March. But the massive project, which includes an expansion of the center's exhibit space and more accessible exhibits, reopens this weekend — just a month or so later than originally planned.

"This project," said Malenia Swinton, marketing and communications manager, "has been a long time coming."

The first part of the project wrapped up just six weeks after it started. After getting new paint, seats and carpet, Morehead's popular theater reopened in June 2019. But the center's exhibit space and science shows have remained closed ever since as crews worked on the space.

Now, starting Saturday, the planetarium and exhibit spaces are open, but with COVID-related limitations.

And there is now more than 5,000 square feet of new interactive exhibits. Plus, visitors can sit in on 10-minute science demonstrations with Morehead educators.

Check out the trailer here ...

And then there is the new exhibit space.

The Gateway Gallery in the building's rotunda hosts historical exhibits that focus on Morehead's beginnings and astronomy at UNC.

Here you'll see the Zeiss star projector that first made planetarium shows possible at Morehead and learn a bit about how astronauts trained at UNC decades ago. 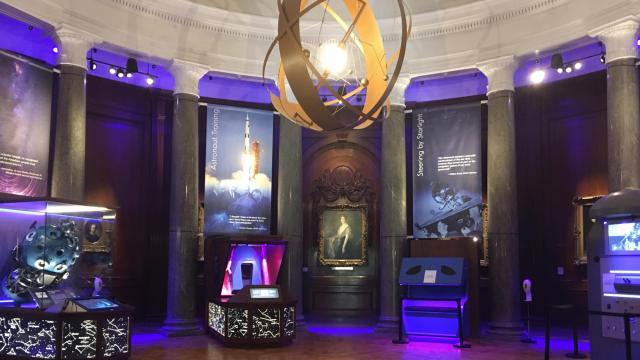 This is the most interactive gallery for kids with opportunities to learn about Evryscopes, which UNC astronomers developed to record the entire night sky; sea turtles, which UNC researchers determined have different sensory abilities; and malaria, which UNC scientists are working to combat, among other topics.

The gallery features a few touchscreens, allowing for a more active experience. The Evryscope is definitely a don't miss spot. Here, you stand in a circle and use hand gestures to explore and interact with the objects on the screen, 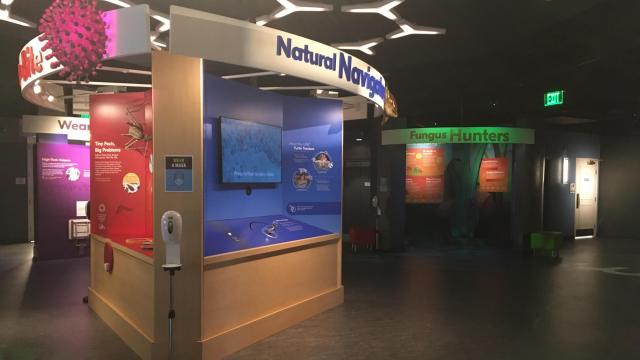 Because of the COVID-19 pandemic, Morehead has had to limit some of the more high-touch exhibits. You'll notice that exhibits in both galleries are closed off. Morehead also is unable to open up its public maker space, which will eventually offer self-guided STEM activities once it's safe to open.

Morehead's Science Live shows, which usually run about 30 minutes, will run about 10 minutes each as well.

What safety precautions are in place?

Like every other public place, Morehead has important requirements in place to keep people safe.

Guests ages 2 and up must wear a mask. Gaiters, vented masks and bandanas are prohibited. They are asked to respect six-foot physical distancing. Hand sanitizers are placed throughout the building. And if you or anyone in your party has had COVID-19 symptoms, you should reschedule your visit.

On top of those measures, Morehead also is requiring timed tickets for entry.

The tickets get you in for a two-hour session, which includes a 30 or 40-minute planetarium show and time in the exhibit spaces.

Just 40 visitors are allowed during each two-hour session. Families or groups attending together will sit separately from others during the planetarium show. The theater seats more than 200 people, so there will be plenty of room for social distancing.

After the show, the 40 people will be split into two groups of 20 — Group A and Group B. Group A will visit one gallery while Group B visits the other. Then they'll swap.

If you prefer to skip the planetarium show, just show up about 30 minutes after your scheduled time to go inside and see the exhibits.

For now, all guests will receive a $3 discount at checkout because COVID safety protocols limit the experience.

More information, including online tickets and links to Morehead's virtual activities is on Morehead's website.