Take the Kids: Get out of the house and take a quick road trip to Raven Rock State Park 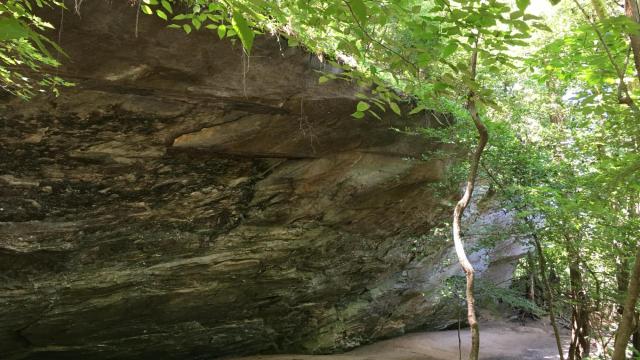 Lillington, N.C. — As people look for a way to escape their homes during the ongoing pandemic, many are looking to North Carolina State Parks. And on the weekends, some of the state's most popular parks fill up by the early afternoon. Last Sunday, five parks were at capacity as of 1 p.m., according to the park system's Facebook page. Raven Rock State Park in Lillington was among them.

But, on the weekdays, there's rarely any jockeying for parking spots at the popular park, known for its massive Raven Rock. Just an hour away from the Triangle, it makes for an easy day trip if you're able to swing a weekday adventure.

My girls and I, desperate to get out of the house, ventured there last week for a quick hike that took us to the famed Raven Rock. We arrived around 11:30 a.m. and set up some chairs near the parking lot for a picnic lunch. From there, we headed out on the 2.5-mile Raven Rock Trail.

The shady trail takes you through the woods and along Little Creek until you reach a staircase that will get you down to Raven Rock. 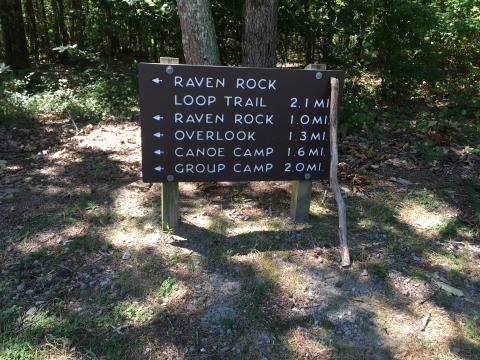 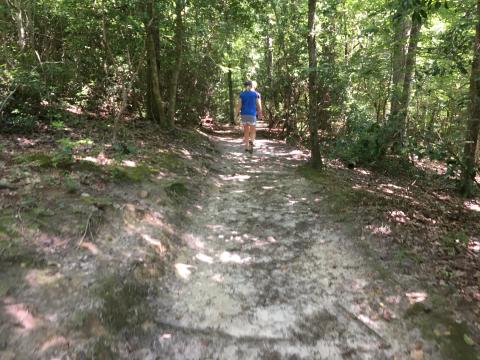 And here's that staircase ... 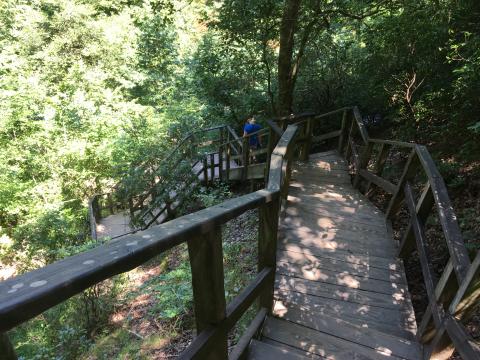 Once there, we took in Raven Rock, which stands 150-foot high and stretches one-mile long, along the Cape Fear River, according to the state park system.

"Through the ages, flowing waters and swirling winds gradually eroded the land, carving and sculpting Raven Rock," according to the park system. "The rock was originally called Patterson's Rock for an early settler who found refuge there when his canoe capsized nearby. In 1854, its name was changed to Raven Rock, inspired by the sight of ravens that formerly roosted on rock ledges."

Not to sound cliche, but it's a sight to behold. My girls and I walked along the area, scrambling across some of the fallen boulders and sitting and relaxing, taking in views of the Cape Fear River. 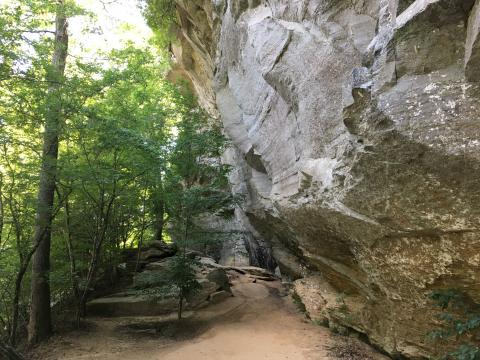 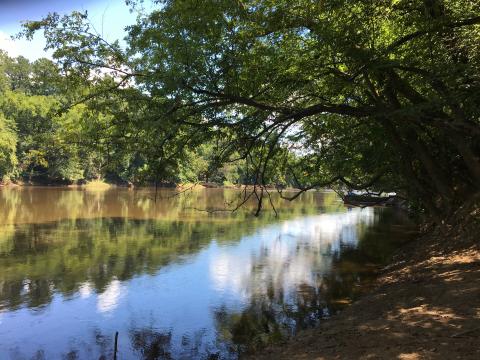 From there, we went back up that steep staircase to an overlook area to get a sweeping view of the river before we headed back to the parking lot. 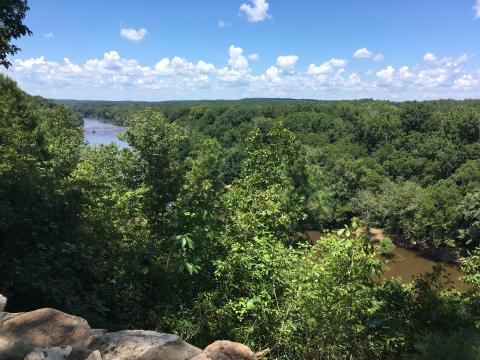 The trail was easy enough for us inexperienced hikers, but it would be difficult for a stroller to navigate if you have little ones. It's not paved and includes that staircase.

The Raven Rock Trail is one of more than a dozen trails at the park, though some are closed because of previous storm damage.

We explored just this one, but there are plenty of reasons for us to return, including the Lanier Falls Trail. Much more information is on the NC Parks' website.

The park had reminders to keep physically distanced from others and was regularly cleaning the restrooms during the day because of the COVID-19 pandemic. 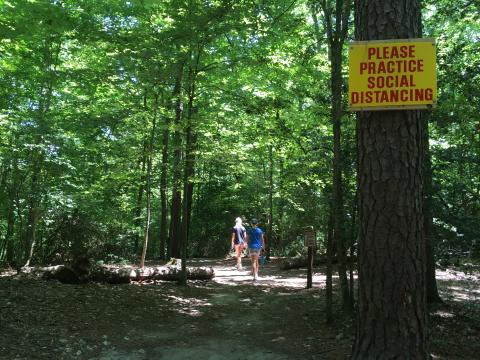