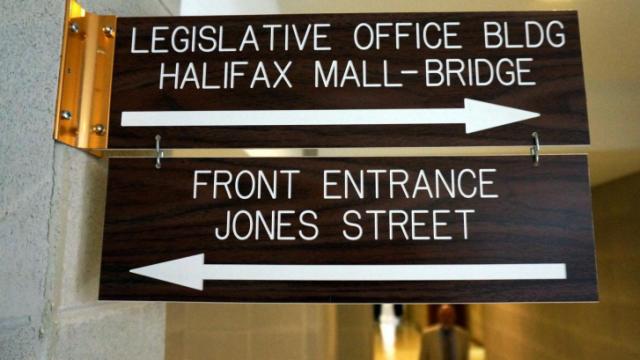 Raleigh, N.C. — Three intertwined bills that would fix a teaching assistant funding problem for public schools, adjust local sales tax options and create a passel of new economic development programs are awaiting action by lawmakers, who say they will return to finish their work next week.

"I actually think we had the votes for House Bill 1224," Tillis, R-Mecklenburg, said shortly after the chamber voted 44-46 against allowing the combined sales tax and economic development measure to be heard on Friday.

However, the fate of that bill is far from clear. It is deeply unpopular with many House Republicans, who have reportedly in closed-door meetings voted overwhelmingly against it. Both Senate Republicans and Gov. Pat McCrory have pushed for the measure, saying that it contains crucial provisions for luring businesses to the state.

By waiting until next week, the House clears the procedural roadblock simply by allowing members more time to read and discuss the bill.

As for the measure's effect if it becomes law and how it plays with two other bills, that is more complicated. All three appeal to different constituencies and help garner support for the other bills.

Although the budget passed two weeks ago, both House leaders and the governor have sought a technical fix to the measure. In particular, they have pushed for a tweak that would give school districts more freedom in re-budgeting teacher and teaching assistant money. The current budget language restricts those transactions, and for some school districts, it will mean they can't hire enough teaching assistants for the coming school year.

"It's not a grand amount of money," Rep. Nelson Dollar, R-Wake, told a House committee on Friday.

In total, about $4 million might change hands between the state and counties as a result. That's a small amount in a $21.1 billion budget.

"It is a truly technical matter that needs a technical fix,"  Dollar said.

House leaders had wanted to make that fix as part of a standalone bill. However, Senate leaders, who did not see the need for the change, passed a measure tethering the teaching assistant provision to the sales tax and economic development measure known as House Bill 1224.

"The governor and the House have indicated that they felt there was a modification needed with reference to the TAs," Senate President Pro Tem Phil Berger said. "What we wanted to do is make sure, if we needed to do that, there were some other things that we had a commitment from the House to do as well."

Senators have grumbled that House leaders have failed to pass the economic development and sales tax measure despite negotiators agreeing to a conference reports. Such reports are compromise measures worked out by negotiators from each chamber and typically signal a bill is all but assured of passing. Thus far, House leaders have been unable to bring the measure to a vote, much less pass it.

With many Republicans balking at House Bill 1224, Tillis and other House leaders needed to round up more support for the measure in order to ensure passage.

That extra support appears to come along with a third bill touted as a fix to the sales tax portion of the measure.

House Bill 1224 would give most counties more freedom to raise sales taxes with voter approval, up to a cap of 2.5 percent, in order to fund education and transit projects. But it would restrict taxing authority in four large counties and particularly curtail options for a potential referendum in Wake County. That Wake vote would have had to happen in 2014 or not at all.

Under the sales tax fix bill, which must be approved by both the House and Senate next week, Wake County would have until 2016 to hold that referendum.

Given the animosity and cat-and-mouse action between the House and the Senate, Tillis was asked how he knew the Senate would take up the sales tax fix.

"I have the personal assurance of the leadership, including Sen. Berger," Tillis said. "I know they will provide that support."

House leaders say they plan to bring up and vote on all three bills next week. Senate leaders say they will vote on the one remaining measure they have not passed. Then the two chambers will adjourn for the rest of the year.

Economic development measures along for the ride

Along with the sales tax and teaching assistant measures, House Bill 1224 brings several economic development provisions closely watched by business leaders and the Governor's Office along for the ride. Among those are the following: