Sylvan Heights Bird Park was started in 1981 by Mike and Ali Lubbock after moving to the United States from England. The park was originally located in Sylva, North Carolina, before moving to its current location in 1989.

Part of the park's mission is conservation of the birds and their natural habitats. 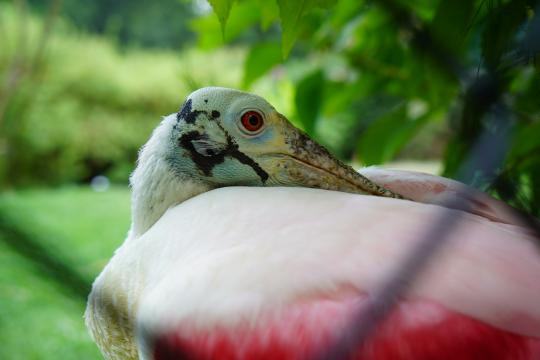 "Wetland habitats are core to so many birds. Even our native species here, almost all of them require wetlands at some point during the life cycle," said Katie Lubbock, the media and communications coordinator for Sylvan Heights Bird Park.

The park began allowing visitors in 2003, with a focus on educating about the importance the birds play in the ecosystem.

"That's a huge component for us, teaching people how important birds are - not just for the sake of the bird themselves - but for the fact that, they lives in these habitats that support so much other wildlife," said Lubbock.

"Birds and other wildlife are key indicators of wetland health [and] of environmental health," she added. "They can really tell us what's going on in the world, with regards to habitat degradation."

Wetlands are also important for clean water and flood control, according to Lubbock.

"If we can see that bird species are declining that rely on those wetlands, we know that we're going to be in trouble too," she said.

Almost all of the waterfowl living at the bird park were born there. Sylvan Height's avian breeding center raises about 1,000 different birds a year. Other birds come from private collections or other zoos around the country.

Since it began welcoming visitors in 2003, the park has continued to expand with new exhibits.

The latest has been under construction for the last year. The exhibit, which is a partnership with Pandemonium Aviaries in California, will feature birds of paradise,

"So, really big flock of colorful birds," described Lubbock. "It's a different experience from any of our other aviaries, and hopefully [it'll] get people to learn a little bit more about them."

In the past 15 years, the visitor experience has continued to evolve, according to Lubbock, including the addition of interactive exhibits.

"We to make sure that visitors have everything they need when they visit," said Lubbock.

One of the bird park's most popular attraction is 'the landing zone,' which lets people hand feed parakeets and flamingos.

"The best part about that is, a lot of people that are a little nervous about bird or aren't sure about them -- after they go in there and they experience how gentle they are and how much fun they had -- there's a lot of compassion for birds after that," said Lubbock. 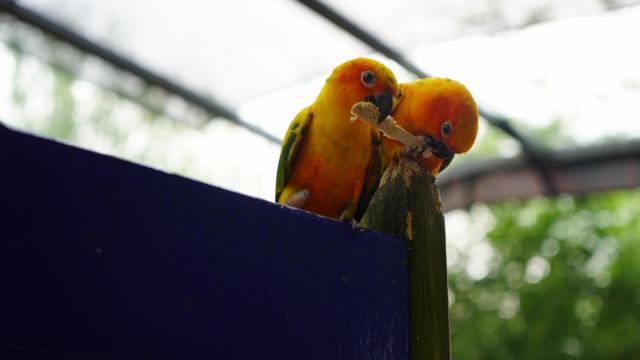 That's the goal of the park: To build a respectful relationship between humans and birds.

Sylvan Heights also has a group of outreach birds that help give people a unique opportunity to interact with them. The birds are raised with humans from birth, so that they're comfortable around humans and not stressed in front of a group of people, according to Lubbock.

"They're great ambassadors for their species," she said. "Our educators are actually able to show the things they're talking about with regards to biology and appearance."

The park's outreach birds are no stranger to WRAL News. Willow, a peacock from the park, helped WRAL celebrate its network change to NBC with a visit to the newsroom.

"She's doing great ... she ended up being the mascot for WRAL, for the switchover, and running around the studios. That was a really fun project," recalled Lubbock.

For those who like an up-close and personal experience with the birds, the park is continuing to add immersive exhibits.

"Most of our new exhibits, you feel like you're actually walking into habitats with the birds," said Lubbock, "which seems to be really important."

Looking towards the future

Park employees are currently gearing up for a celebration of Sylvan Height's 15 year anniversary. Because of the coronavirus pandemic, Lubbock said the park is "making up for lost time" with the upcoming event.

On Oct. 9, when the birds-of-paradise exhibit will open, the park will also host its Bird and BBQ event. Event attendees will get to visit the park while eastern BBQ restaurants compete in a cook-off. There will also be beer and distillery samples for those over 21 to try. 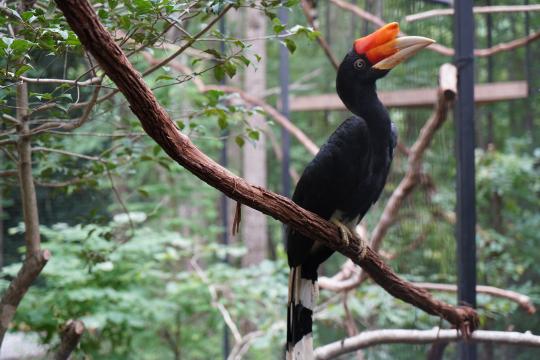 Tickets for the event will go on sale on Aug. 9.

Then, on Oct. 23, the park will host a Year of the Flamingo fundraiser. There will be a live auction, events and food.

"It's also going to be a great opportunity for people to get up close and learn about flamingos during that event," said Lubbock.

The park relies on events like Birds and BBQ and Year of the Flamingo to help keep its programs going, according to Lubbock.

"We love to have new people come and check out those events, as well as our guest that come every year," said Lubbock.