High Point, N.C. — A baby who disappeared Sunday was found unharmed Monday, and the man authorities said took the baby has turned himself in, according to local news reports.

Legend Masir Goodwine, 1, was left this weekend in a running car that was stolen.

The boy's mother posted on social media that he was found safe, prompting authorities to rescind the Amber Alert a few minutes later.

According to WGHP-TV, investigators said Michael R. Enochs, 54, of Archdale, took the boy and the vehicle.

Enochs turned himself in to authorities on Monday afternoon, according to WCNC-TV. He will be interviewed by High Point Detectives before being charged with felony kidnapping and felony larceny of a motor vehicle.

It was not immediately clear if the crime was random or if Enochs knew the mother and child.

Police told WRAL News that Legend's mother pulled up to a business along S. Main St. around 10:30 p.m. on Sunday and left the baby in the car with the motor still running.

According to officials, surveillance video shows Enochs getting into the car. 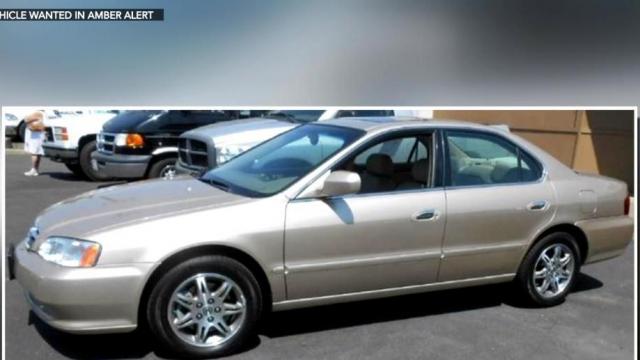 Anyone with information about the suspect's whereabouts was asked to call High Point police at 336-883-3224 or call 911 or *HP.