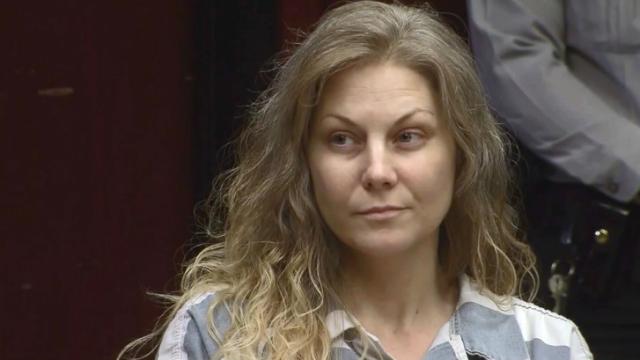 Grant Ruffin Hayes, 33, and Amanda Perry Hayes, 41, are charged with first-degree murder in the July 2011 death of Laura Jean Ackerson, Grant Hayes' ex-girlfriend and the mother of two of his children.

Prosecutors have not publicly spoken of a motive, saying in court only that Ackerson's death was the result of domestic violence and that there is a "tremendous amount" of evidence against Grant Hayes. Her family members, however, have said the two were in a custody battle over the children.

Many of the April 8 motions filed by Amanda Hayes' attorney, Rosemary Godwin, are routine, but some offer hints at possible defense strategies.

Godwin, asks in one motion that her client be allowed to sit at a separate table when the trial begins May 20. Godwin claims Grant Hayes threatened to kill his wife in a letter he wrote to her from the Wake County jail.

The motion does not go into further detail about the letter, but it does state that the defendants "have adversarial defenses."

Another document puts the state on notice that Godwin intends to offer evidence that Ackerson's death was an accident. It provides no other details.

Godwin says in other motions that Amanda Hayes has an alibi for the time of Ackerson's death and that she was coerced into helping dispose of the body because she was worried Grant Hayes would kill her, her daughter and his two sons. One motion alleges that Grant Hayes carried a machete with him when they disposed of the body and that Amanda Hayes was afraid he would use it as a weapon against her if she refused to cooperate.

Authorities in Richmond, Texas, about 60 miles south of Houston, found Ackerson's remains on July 24, 2011, in a creek near the home of Amanda Hayes' sister.

Medical examiners aren't sure how she died. They found injuries that suggested a sharp force injury to her neck, but there were also signs that someone tried to strangle her.

In another motion, Godwin asks for the identity of an anonymous caller to Crime Stoppers reporting that Grant Hayes had told him "that he chokes people" and "that he killed a man when he was younger but was never caught."

Judge Donald Stephens has scheduled a hearing for April 22 to revisit the matter because of the duress claims.

In February, he asked attorneys for both defendants to discuss their defense strategies and to decide whether trying the couple together would be detrimental to their clients.

He granted the state's request for the joint trial in March after defense attorneys raised no objections, but they agreed to revisit the matter if any problems were to arise.

Grant Hayes' attorney, Jeff Cutler, told WRAL News Thursday afternoon that Amanda Hayes' statements regarding his client call into serious question whether they can be tried together.