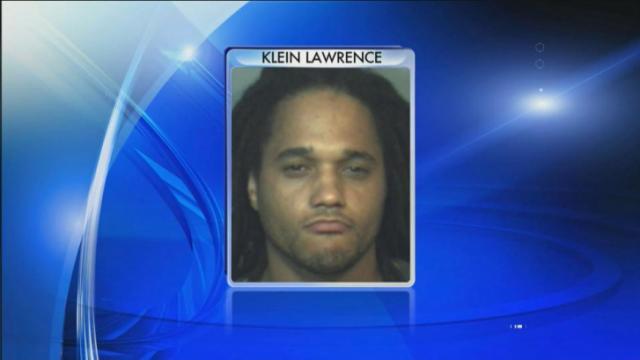 Raleigh, N.C. — The man who led authorities on a high speed chase through Johnston and Wake counties Tuesday morning is from Maryland, authorities said, and he is wanted there on a charge of assault on a police officer.

Klein Andrew Lawrence, 32, of Hyattsville, Md., allegedly stabbed a police officer in the neck after the officer confronted him about shoplifting at a Washington, D.C. grocery store.

A clerk at a Pine Level gas station spotted Lawrence sitting in his silver Mercedes Tuesday morning and called authorities. An officer who approached his car noticed knives in the vehicle and suspected that Lawrence might be impaired. When the officer asked for identification, Lawrence jumped in the car and sped west on U.S. Highway 70.

Gordon said troopers must use their best judgment when it comes to chasing suspects, taking into consideration factors like road condition, time of day and weather.

“There’s no officer who wants to get behind the wheel and put the public’s life in danger,” Gordon said. “But on the flip side of the coin, they want to take that individual who is a danger to the public and get them off the roadway.”

Lawrence led local police officers and state troopers from that Johnston County gas station onto Interstate 40 and north to Raleigh. Video from traffic cameras showed the chase as Lawrence exited I-40 at Saunders Street and took Capitol Boulevard north. He reached speeds nearing 110 mph as he wove his way through morning rush-hour traffic.

Lawrence's car was eventually stopped on Capitol near Interstate 540, north of Triangle Town Center mall. He struggled with officers who tried to remove him from the car, troopers said, and was taken to WakeMed for a check-up before being booked into the Wake County jail.

In addition to the charges out of Maryland, Lawrence faces drug and driving charges for the Tuesday morning chase. He was charged with assault with a deadly weapon on a law enforcement officer, driving while impaired, speeding to elude a law enforcement officer, possession of cocaine, possession of drug paraphernalia, hit and run, careless and reckless driving and driving without a license.