Durham, N.C. — The man charged with the murder of a 9-year-old Durham boy in a drive-by shooting in August will be held without bond, a judge ruled Wednesday morning.

Antonio Nathaniel “Lil Tony” Davenport Jr., 24, was charged Tuesday morning at the Durham County jail, where he was already being held on charges from a prior domestic violence case, police said in a written statement.

Z'yon Person was shot in the forehead while riding in a car on Aug. 18 on his way to get ice cream with his family. He died at a local hospital. His 8-year-old brother was treated for a non-life-threatening gunshot wound to his arm, police said at the time.

Davenport appeared in court Wednesday morning in front of many of Z'yon's family members, who were crying and applauded when the judge ruled there would be no bond.

The prosecutor called Davenport "the most dangerous type of person in Durham" because of the murder charge and earlier charges of domestic violence and child abuse. U.S. passport officials had told her Davenport had applied for a passport, she said.

Davenport is a local hip hop star who performs with a group named The 83 Babies, which has released a music video and recorded several songs about gang violence and guns. 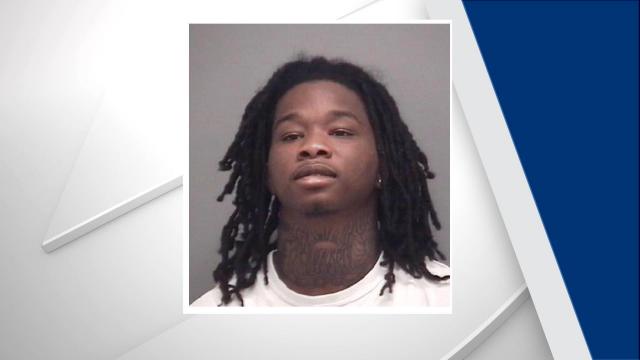 The new charges filed against Davenport stem from his alleged involvement in the Aug. 18 shooting near the intersection of Duke and Leon streets.

The arrest came after an investigation by a multi-unit task force.

"The arrest is the result of relentless hard work by members of the Durham Police Department with assistance from the FBI’s Safe Streets Task Force," Durham police Chief C.J. Davis said in the statement Tuesday. "Our officers and investigators, with support from concerned and engaged community members, will continue the fight against gun violence in our city."

The slaying of the boy, an innocent bystander, shocked residents in Durham and city leaders.

'Over in 5 seconds': Boy, 9, dies at hospital after drive-by shooting in Durham

"What happened was very senseless," said Sandra Person, Z'yon's grandmother, just hours after he was killed. "This has to stop. I mean, people run around here shooting people, for what reason? There’s no reason at all that anybody needs to have a gun and just go around shooting people."

On Tuesday, Person said she was grateful for the arrest but says more needs to be done.

"Put a little more pressure on the streets so people will feel safe to come out their house and take their kids to the park," she said. "Or to get ice cream. That's where Z'yon and my other grandkids in the car were going with my daughter, to get ice cream."

"This senseless, unspeakable act has galvanized our community for action," Durham Mayor Steve Schewel said about Z'yon's death at an afternoon news conference. "This is a tragedy beyond words, but it is not a tragedy beyond action.