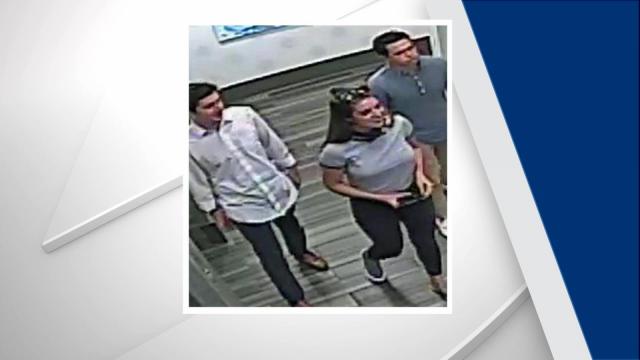 Authorities said that 3 people entered the 23rd floor of the SkyHouse apartment building in the 300 block of South Blount Street on July 29 and removed a large painting from the wall before leaving the building.

The suspects, two men and one woman, are believed to be in their early 20s. Surveillance images captured one man carrying the painting from the building.