Surviving a rip current: Knowing what to do can be difference between life and death

Wrightsville Beach, N.C. — So far, in 2019, seven people have lost their lives in rip currents off the North Carolina coast.

Often times, the person who goes out to rescue a swimmer in trouble is the one who ends up losing his or her life, experts say.

In an effort to help save lives, WRAL's Amanda Lamb headed to the coast to talk with lifeguards who rescue hundreds of people each year from rip currents.

Lt. John Scull, with the Wrightsville Beach Fire Department Ocean Rescue Team, says rip currents are nearly impossible to see, unless you're trained to spot them.

"What you're going to look for when you're looking for these rip currents is any kind of break in the waves," he said. "Any kind of suspended sediment going out, and if you look carefully, you can actually see water moving backwards in the current."

Lamb joined Scull in the water for a demonstration. In less than a minute, they were both caught in the rip current.

"I can feel it. And not only can I feel it, I can see it," Lamb said. "Basically, we could just not be paying attention and it is pulling us out."

Scull says the first rule to survival is remaining calm.

As the rip current continues to pull you away from the shore, you must swim. 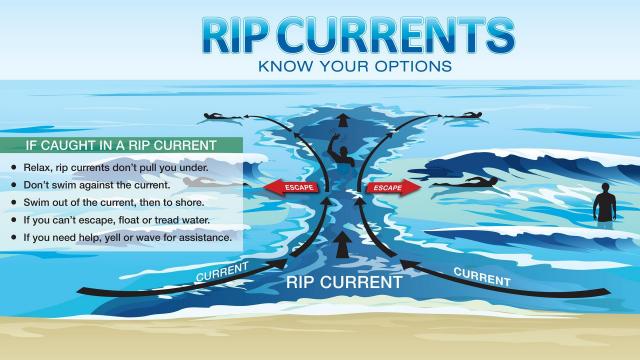 "Once you're in that situation where you can't touch ... you're going to have to swim," Scull said. "The easiest way is a side stroke and a few good kicks ... it's about energy conservation."

Scull emphasizes the importance of never swimming against the current.

"Swim parallel to shore," he said. "If we tried to turn around and swim against it, in a weak rip current, we might make it, but you're still going to get tired, and it's not something we want to do."

For a child, or anyone who does not know how to swim, these situations can be fatal.

"Practice these things in a pool," Scull recommends. "In a non-stressful environment. So, when the stress occurs, it's a lot easier to do."

According to Scull, if you're out in the water and need help, raise your hand and call for a rescue. A lifeguard with a flotation device is the key to saving lives, he said.

Last year, lifeguards in Wrightsville Beach rescued 600 people, they said the majority of those swimmers were caught in rip currents. 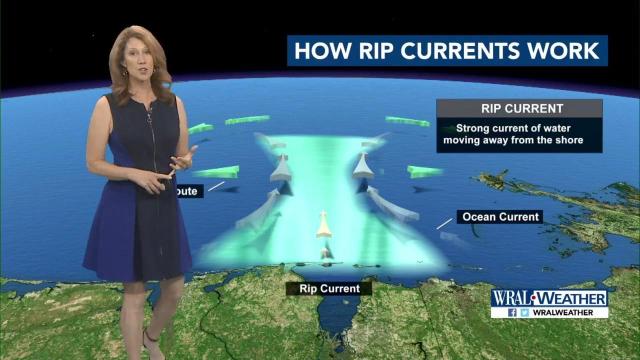 How do rip currents work? Elizabeth explains
SUGGEST A CORRECTION