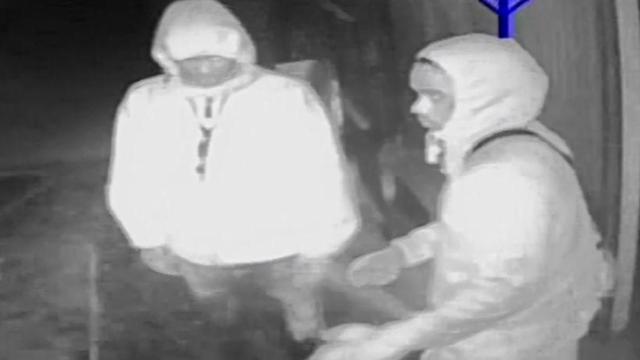 Enfield, N.C. — The Halifax County Sheriff's Office on Tuesday released a series of surveillance images showing a pair of men inside the Nash Brick Company in Enfield, site of a series of recent break-ins and thefts.

Authorities said the company has been robbed several times recently, including on Sept. 23 and Oct. 5, and that scrap metal and cable have been stolen.

A break-in was also reported Oct. 5 at Twin Creeks Hunting Club, located next door to the brick company, a sheriff's office spokesman said.