Wake County, N.C. — Those who suffer from epileptic seizures are never sure when the next one will occur. And while one in every 26 people in the U.S. have the ailment, and while drugs can help some, for most, there is no cure.

Ravi Stewart is able to study now with minimal difficulty, but that wasn't always the case.

"I had no short-term memory so I could study for days, and (on the) day of the test, I didn't know anything," he said. "So, I failed most of my classes."

When he was 5 years old, Stewart was diagnosed with epilepsy. Several medications helped him control his seizures, but when he turned 17, those medications stopped working for him.

"Whether it was the hormones that hit or teenage angst or stress, he suddenly started having multiple seizures a day again," said his mother, Sangeeta Stewart. 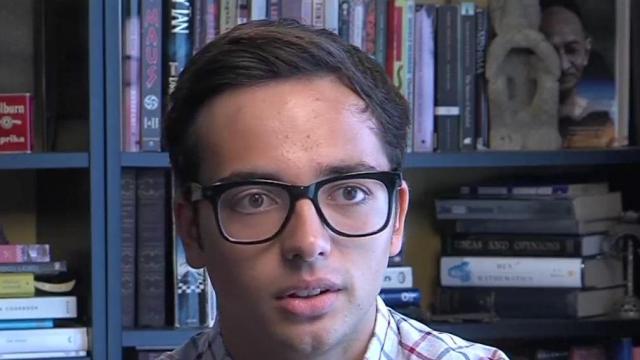 Dr. Elaine Wyllie, a physician at the Cleveland Clinic, said they performed a battery of tests on Ravi Stewart.

"This testing allowed us to explore and reveal the area of the brain that was causing the epilepsy," she said. It was "a small spot in the brain that had not formed properly during early brain development."

After searching for years to try and determine where in Ravi Stewart's brain the seizures stemmed from, doctors were ready to operate.

"We knew that his seizures were arising from the frontal lobe (and) on the left side of the brain," Wyllie said. "We also knew that language function was located nearby, so developing a surgical strategy was quite challenging."

Doctors removed the portion of the brain that was triggering Stewart's seizures. That removal has eradicated the seizures from happening.

"I've graduated (and) got my Eagle Scout, (so) things are definitely better," he said. "I definitely feel happier."

"To have this man emerge post-surgery who's so optimistic and so ready to conquer the world, it's amazing," Wyllie said. "It's a game changer for sure."

Ravi Stewart is currently studying to be a pediatric nurse, and he dreams about working with kids who have special needs, like he once did.