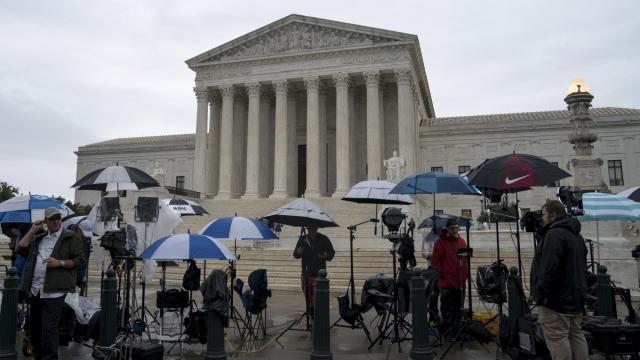 WASHINGTON — The Supreme Court passed up an opportunity Monday to take another look at whether the Constitution bars extreme partisan gerrymandering, returning a case from North Carolina to a trial court there for a further examination of whether the challengers had suffered the sort of direct injury that would give them standing to sue.

The move followed two decisions last week that sidestepped the main issues in partisan gerrymandering cases from Wisconsin and Maryland.

The new case was an appeal from a decision in January by a three-judge panel of a U.S. District Court in North Carolina. The ruling found that Republican legislators there had violated the Constitution by drawing the districts to hurt the electoral chances of Democratic candidates.

The decision was the first from a federal court to strike down a congressional map as a partisan gerrymander.

The judges noted that the legislator responsible for drawing the map had not disguised his intentions. “I think electing Republicans is better than electing Democrats,” said the legislator, Rep. David Lewis, a Republican. “So I drew this map to help foster what I think is better for the country.”

The Supreme Court blocked the trial court’s ruling in January and it took no action on an appeal from state officials while it considered the Wisconsin and Maryland cases.

After the court issued decisions in those cases June 18, lawyers for the challengers filed supplemental briefs arguing that the new case, Rucho v. Common Cause, No. 17-1295, was not infected by the technical problems that stood in the way of decisions in the cases from Wisconsin and Washington.

The Supreme Court has ruled that racial gerrymandering can violate the Constitution. But it has never struck down a voting map as an unconstitutional partisan gerrymander.