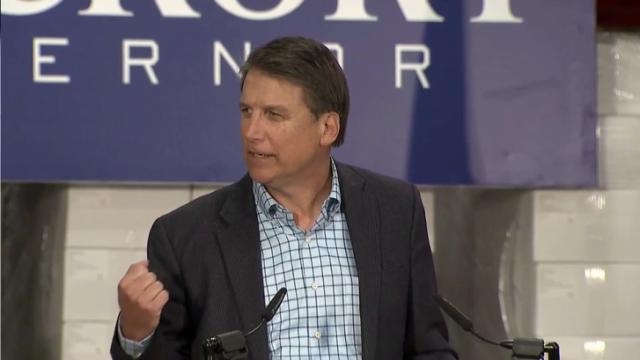 Raleigh, N.C. — North Carolina lawmakers tried to take too much power out of the hands of Gov. Pat McCrory when they created a trio of commissions, including one that oversee coal ash cleanup, a divided state Supreme Court ruled Friday.

In the specific showdown over appointments to the three boards, six justices sided with the governor, saying that lawmakers had violated the state constitution's separation of powers clause.

However, the seven-member court stopped short of handing McCrory a total victory that would prevent any legislative branch appointments to boards carrying out executive branch functions. Still, the ruling could have consequences in future cases that challenge the authority of other state boards and commissions.

Without influence over the appointees to the relevant commissions, the court found, the governor could not carry out his responsibilities to protect the state's environment or effectively carry out other executive functions.

"We appreciate the hard work of the Supreme Court to resolve a constitutional question that needed to be answered," McCrory said Friday. "I want to thank Governors Martin and Hunt for joining me in this action. We will work with the General Assembly to implement this decision as we together continue to make state government more efficient and accountable."

The lawsuit represented an unusually strident conflict between McCrory, a Republican, and Republican lawmakers. Joining McCrory in the suit were former governors Jim Hunt, a Democrat, and Jim Martin, a Republican. The three governors said that legislature's actions risked robbing future governors of the ability to manage the affairs of the state.

"While we are disappointed, we respect the court's responsibility to resolve these Constitutional questions and will carefully review the ruling and determine the next steps necessary to comply," read a joint statement from House Speaker Tim Moore and Senate President Pro Tem Phil Berger.

Lawmakers created the Coal Ash Management Commission to oversee the removal of toxic material from unlined pits around the state. At the time, lawmakers said they were concerned the Department of Environment and Natural Resources, now known as the Department of Environment Quality, had failed to oversee the coal ash generated by Duke Energy properly. Citing a potential conflict of interest between Duke and McCrory, who worked for the company for decades, lawmakers insulated the commission from McCrory's purview.

The suit also targets appointments to a pair of commissions meant to oversee mining and oil and gas exploration. Those boards also were insulated from the governor's influence.

Work by those three bodies has been suspended as the suit went forward. For example, no applications for gas drilling leases were processed this year as a result of the constitutional standoff. And its likely the coal ash commission will need to have its appointments adjusted before it can move forward with work setting priorities for how quickly different coal ash ponds are cleaned up.

McCrory had been seeking a broader ruling from the court that would have headed off any similar arrangements. The court refused to go that far.

"We cannot adopt a categorical rule that would resolve every separation of powers challenge to the legislative appointment of executive officers," Chief Justice Mark Martin wrote for the court.

Gerry Cohen, a lawyer who served for years as the legislature's chief bill drafter, said the court appeared to take issue with two broad points of how the commissions were structured. In particular, the justices said there were problems with lawmakers having the majority of appointments to boards that exercise executive functions. They also took issue with limits on the governor's ability to remove members.

"I would think that any other board, other than the UNC Board of Governors ... that carries out executive functions is at risk if the legislature makes the majority of appointments," Cohen said.

Lawmakers return to session in April and will almost certainly have to address the three commissions that were the subject of the suit. They may have to double check to ensure dozens of commissions to which lawmakers appoint members fit within the guidelines the court appeared to use in this case.

Associate Justice Paul Newby dissented from the ruling, saying that lawmakers were within their rights to determine how commissions like the coal ash management group should be filled.

"To overturn a law of the people acting through the General Assembly, the Court must find an express constitutional violation beyond a reasonable doubt," Newby wrote.