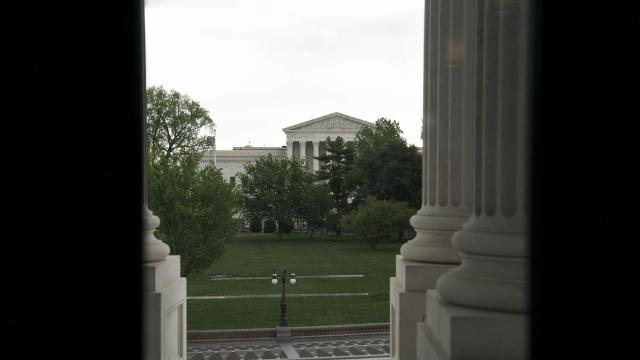 WASHINGTON — The Supreme Court ruled Monday that the federal government must live up to its promise to shield insurance companies from some of the risks they took in participating in the exchanges established by President Barack Obama’s health care law, the Affordable Care Act.

Justice Sonia Sotomayor, writing for the majority in the 8-1 ruling, said the court’s decision vindicated “a principle as old as the nation itself: The government should honor its obligations.”

The health care law had promised the insurers that they would be protected, she wrote, and it did not matter that Congress later failed to appropriate money to cover the insurers’ shortfalls.

The Affordable Care Act established so-called risk corridors meant to help insurance companies cope with the risks they took when they decided to participate in the law’s marketplaces without knowing who would sign up for coverage. Under the program, the federal government would limit insurance companies’ gains and losses on insurance sold in the marketplaces from 2014 through 2016.

The law’s drafters hoped that payments into the program would offset payments out. As it turned out, losses substantially outpaced gains. Under the terms of the law, the government was required to make up much of the difference.

But Congress later enacted a series of appropriation riders that seemed to ban the promised payments. The insurance companies sued, but a divided three-judge panel of the U.S. Court of Appeals for the Federal Circuit ruled against them.

Chief Judge Sharon Prost, writing for the majority, acknowledged that the health care law “obligated the government to pay the full amount of risk corridors payments.” But she added that “the riders on the relevant appropriations effected a suspension of that obligation for each of the relevant years.”

“The government’s ability to benefit from participation of private enterprise depends on the government’s reputation as a fair partner,” she wrote. “By holding that the government can avoid its obligations after they have been incurred, by declining to appropriate funds to pay the bill and by dismissing the availability of judicial recourse, this court undermines the reliability of dealings with the government.”

In their brief seeking Supreme Court review, two insurance companies said they had been the victims of “a bait-and-switch of staggering dimensions in which the government has paid insurers $12 billion less than what was promised.”

Sotomayor wrote that Congress could have limited the government’s financial exposure but chose not to. “At bottom, the government contends that the existence and extent of its obligation here is ‘subject to the availability of appropriations,’ ” quoting from the government’s brief.

“But that language appears nowhere” in the relevant statutory provision, she wrote, “even though Congress could have expressly limited an obligation to available appropriations or specific dollar amounts. Indeed, Congress did so explicitly in other provisions of the Affordable Care Act.”

“In sum,” Sotomayor wrote, “the plain terms of the risk corridors provision created an obligation neither contingent on nor limited by the availability of appropriations or other funds.”

Congress had not authorized the lawsuits, Alito wrote, making them improper. The upshot of the court’s decision, he added, was “a massive bailout for insurance companies that took a calculated risk and lost.”

“Under the court’s decision, billions of taxpayer dollars will be turned over to insurance companies that bet unsuccessfully on the success of the program in question,” Alito wrote. “This money will have to be paid even though Congress has pointedly declined to appropriate money for that purpose.”

Former members of the Obama administration saw the ruling as a vindication that Republicans should have never prevented the funding, which was aimed at keeping the Affordable Care Act marketplace stable in the early years.

Without the money, many insurers, ranging from well-established companies like UnitedHealth Group to the co-op insurers created under the law, left the market, leaving consumers with fewer plan choices and higher prices. “Now, it’s basically a $12-billion windfall for insurers,” tweeted Larry Levitt, an executive vice president for the Kaiser Family Foundation, which closely tracks the Affordable Care Act.

“It’s compensating insurers for money that they were supposed to get several years ago,” Levitt said in an interview. “If the money had been paid out when it was supposed to, it would have stabilized the ACA financially and politically.”

While it is possible that the additional money could lead to insurers charging lower premiums for 2021, Levitt thought it was unlikely. “It’s an infusion of cash for insurers,” he said.