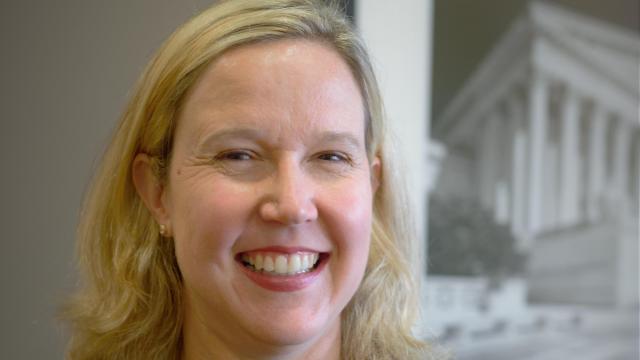 Raleigh, N.C. — The future of North Carolina's congressional district map is now in the hands of the U.S. Supreme Court, which last week heard oral arguments in a landmark partisan gerrymandering case.

But the justices' ruling will affect more than just North Carolina and Maryland, whose maps also came before the court Tuesday. Their decision may set precedent on whether courts have the authority to declare imbalanced partisan maps unconstitutional, a topic the high court has never substantially addressed.

A ruling isn't expected for a few months. But in the meantime, more than two hours of oral arguments in the North Carolina and Maryland cases may provide some insight into their thinking. 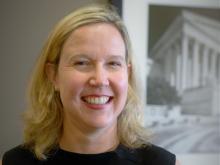 The team at @NCCapitol turned to Amy Howe, a veteran of the U.S. Supreme Court who has argued two cases before the justices and served as counsel for dozens more. Howe is the co-founder of SCOTUSblog and a reporter for Howe on the Court. She holds degrees from the University of North Carolina at Chapel Hill and Georgetown University.

Questions were sent by email and edited for style.

What was your main takeaway from the two gerrymandering cases?

There seemed to be a general consensus on the court that partisan gerrymandering is a real problem and potentially even a threat to democracy.

The idea is that, if one party is able to draw the redistricting maps to give itself power in perpetuity, even if its share of seats in the state legislature or the state's congressional delegation far outweighs its share of the statewide vote, people will feel like the results of the election are preordained and that their votes don't really count. But there was no sign of a consensus among the justices on the two key questions facing the court in the two cases that were argued on Tuesday.

The second question was, if the courts do get involved, what standard should they use to review partisan gerrymandering claims? Until last year, Justice Anthony Kennedy was widely regarded as the key vote on partisan gerrymandering, but now that role seems to have fallen to his successor, Justice Brett Kavanaugh, and perhaps too Chief Justice John Roberts.

In both of these cases, there were several explicit quotes from Republican and Democratic mapmakers showing the partisan intent in redrawing lines. How important will those quotes be to the final ruling?

It's hard to say without knowing what the ruling is (and, yes, I know that sounds like a cop-out).

To the extent that some justices want the courts to get involved in reviewing partisan gerrymandering claims, the clear partisan intent – Justice Elena Kagan described it as "bragging" in the Maryland case – will make it easy for them to do so, because there will be no doubt that they are doing so in a case involving true partisan gerrymandering.

But for the justices who think that the courts should stay out of partisan gerrymandering cases and leave the issue to the political process, the partisan intent won't be as important.

Unlike in the Wisconsin case, where the court ultimately punted, there weren't questions from justices about standing in either case. Is there reason to believe the rulings here will be different?

Yes, in a word. There's always the chance that the justices will surprise us, as they did in the challenge to the Affordable Care Act, and rule based on something that got very little airtime at the oral argument.

Last year, the justices sent a partisan gerrymandering case from Wisconsin back to the lower court for it to reconsider whether the plaintiffs in that case had "standing" – a legal right to sue. In the North Carolina case, the Republican legislators had specifically argued that the plaintiffs challenging the state's maps also don't have standing because they were really just complaining about the make-up of the state's congressional delegation.

But the justices didn't ask any questions on Tuesday about standing, which at least suggests that they are satisfied that the challengers in both cases do have standing. So we won't know for sure until the justices issue their opinion, which will probably be at the end of June, but it seems likely that we'll get more clarity on partisan gerrymandering this time, rather than a "punt" like last time.

Conservative justices seemed concerned about relying too much on proportional representation. What's the source of that concern and why, as Justice Kavanaugh noted, do plaintiffs 'seem to be running away from it'?

Proportional representation is the idea that a party's share of its seats in the state's legislature or congressional delegation should be roughly equal to its share of the statewide vote. Conservatives, including the conservative justices, oppose that idea on the theory that it would infringe on the power given by the Constitution to state legislatures to draw maps as they see fit. It's not entirely clear why the challengers in the case were unwilling to endorse the theory, but there are a couple of possibilities.

One possibility is that the challengers recognize that, although proportional representation provides a standard for courts to use to review partisan gerrymandering claims, it could open the door to too many challenges, which would be very unappealing to the justices. States normally have to redraw their maps every 10 years, when they get new data from the census, and redistricting cases are among the very narrow group of cases with an automatic right to appeal to the Supreme Court. One thing that all of the justices, conservative and liberal, can agree on is that they don't want to spend all of their time reviewing redistricting cases.

Another possibility is that, in the Maryland case, the challengers' argument doesn't rest on the idea that Maryland's congressional delegation has too many Democrats compared with their numbers statewide. Instead, they argue that, when Democratic election officials in Maryland redrew the map, they retaliated against the challengers for their support of Republican candidates in the past by moving lots of Republicans (nearly 70,000) out of the state's 6th Congressional District and moving 24,000 Democrats into the district, even though the officials needed to tweak the district by only about 11,000 voters.

In other words, the challengers may feel like they don't need the proportional representation theory to win. And in fact, to the extent that Chief Justice John Roberts was sympathetic to the challengers, it was definitely on this point: He asked the lawyer representing the Maryland government whether it is acceptable to retaliate against Republicans based on how they had voted (and his tone suggested that, in Roberts' view, it was not).

There was some talk Tuesday of targeting only the 'worst of the worst' partisan gerrymanders. Is that workable without every map turning into a lawsuit?

Justice Stephen Breyer tried to suggest a concrete standard along these lines: If a party wins a majority of the statewide vote, but the other party wins two-thirds of the seats in the state's legislature or congressional delegation, Breyer proposed, it would be an unconstitutional partisan gerrymander. But none of the other justices seemed to support this standard.

Justice Elena Kagan later tried to return to the "worst of the worst" idea, adding that it would be very hard in the future to make the case for partisan gerrymandering because state officials responsible for drawing maps would know that they couldn't "brag" about gerrymandering the way that officials had in these cases, suggesting that very few plaintiffs would be able to win.

But being able to win in a partisan gerrymandering case is very different from being able to file one, and you still need some kind of a standard to determine what the "worst of the worst" is.

Justice Neil Gorsuch suggested, only half-jokingly, that the best test might be "I know it when I see it" – the test used for obscenity in the 1960s. Gorsuch's comment drew laughter, but the need for a workable test is something that the justices take very seriously.

What’s one really good read from this past week for people highly interested in this topic?

So hard to choose, but I would recommend David Savage's coverage of the oral arguments for The Los Angeles Times.