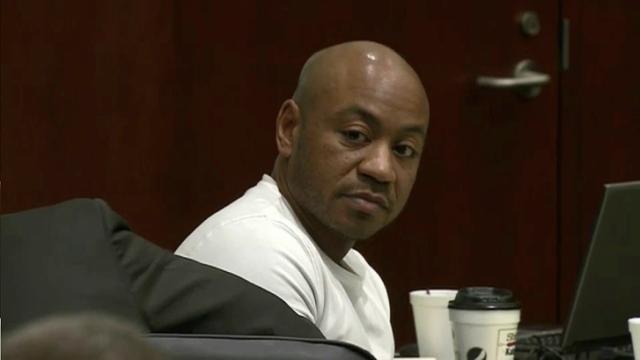 Raleigh, N.C. — The North Carolina Supreme Court on Friday put an end to appeals in the case of a Wake County man serving life in prison for the grisly 2011 death of his ex-girlfriend, Laura Jean Ackerson.

The court was the final recourse for Grant Hayes, who claimed that jurors in his 2013 trial should not have heard testimony about a psychological report that offered a possible motive for the crime.

The Supreme Court denied Hayes appeal and upheld the state's motion to dismiss.

Hayes' attorney, Glenn Gerding, told a three-member appeals panel in January that part of Raleigh homicide detective Jerry Faulk's testimony – meant to bolster the credibility of jailhouse informant Pablo Trinidad – was hearsay. Gerding also questioned the admissibility of a psychological report Hayes had during his custody fight with Ackerson, with whom he shared two sons.

A Wake County jury found Hayes guilty of first-degree murder in 2013. His then-wife, Amanda Hayes, was convicted of second-degree murder. At their separate trials, the couple blamed each other for the murder and dismemberment of Ackerson, whose remains were found in a Texas creek near the home of Amanda Hayes' sister.

A key witness in the trial, Trinidad said Hayes admitted to killing Ackerson and provided him details of her death that had not been released in the media.

Amanda Hayes was convicted last year of second-degree murder and sentenced to 13 to 16 years in prison. Her attorney has said that she is not appealing her conviction.