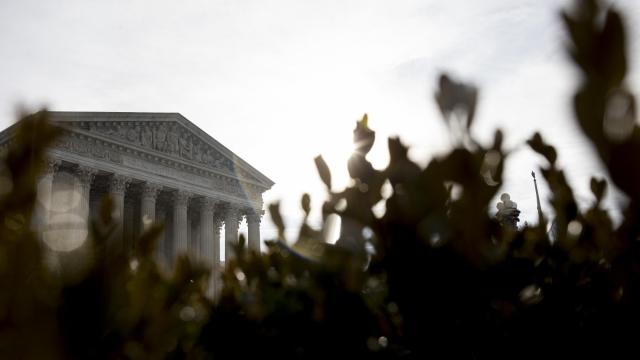 WASHINGTON — The Supreme Court partly granted on Tuesday a request from North Carolina Republicans to block a voting map drawn by a federal court there. That court had interceded after finding that a map drawn by state lawmakers for the General Assembly had relied too heavily on race and had violated state laws.

The Supreme Court’s order, which was brief and gave no reasons, partly blocked that decision while the justices consider whether to hear an appeal in the case.

Last month, the Supreme Court blocked a decision from a different federal court in North Carolina that had ordered state lawmakers to redraw the state’s congressional maps. That ruling concerned partisan gerrymandering, while the new one was based on a finding of racial gerrymandering and violations of state law.

The North Carolina case has its roots in a 2016 trial court decision finding that 28 state House and Senate districts drawn in 2011 by the Republican-led Legislature violated equal protection principles by using race as the predominant factor without good reason. The trial court rejected the state’s argument that the districts, as drawn, were justified as an attempt to comply with the Voting Rights Act.

In June, the Supreme Court affirmed that decision without comment.

The state Legislature then adopted a new map in August in response to the 2016 ruling. It is undisputed that the new map was drawn without consideration of data concerning race.

But last month, the trial court found that it was also flawed, saying it “perpetuated the unconstitutional effects” of the earlier map.

In an emergency application to the Supreme Court, state lawmakers told the justices that “the district court’s hostile takeover of the state redistricting process is procedurally and substantively inexcusable, and its finding of racial gerrymandering in a map drawn without consideration of race is well-nigh unprecedented.”

The voters challenging the law said that argument “misses the point entirely.”

“The state cannot undo the injury of racial gerrymandering simply by claiming to ignore race and then re-enacting substantially the same plan,” they wrote in their Supreme Court brief.