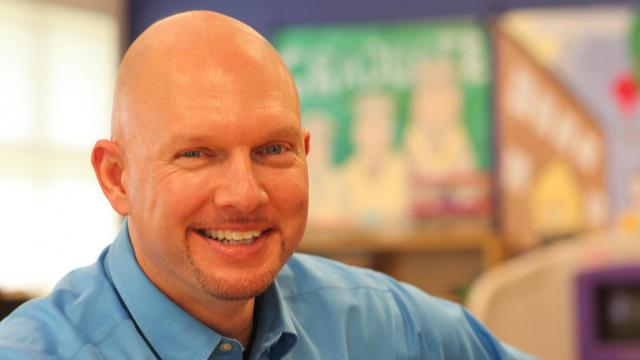 Raleigh, N.C. — Eric Hall, superintendent of North Carolina’s Achievement School District, gave the State Board of Education a glimpse of the future of his district at Thursday's board meeting.

The Achievement School District bill was passed during the 2016 General Assembly short session. At the heart of the legislation is the creation of a district which will eventually include five low-performing schools from around the state. The schools, which are yet to be named, could be turned over to for-profit charter operators.

Hall told Board members the concept of an Achievement School District has been saddled by the experiences of states like Tennessee and Louisiana, which have tried the experiment with some of their schools.

“When the General Assembly created the Achievement School District, we were looking to other states that had done some similar type work,” he said. “While those strategies have been met with mixed results, we have an opportunity as a state to redefine what it means in North Carolina.”

The legislation establishing ASDs also gave districts that participate the opportunity to pick up to three other low-performing schools in their districts to join an Innovation Zone. Schools in this zone would have charter-like flexibility but would continue to be managed by the school district.

The recently passed budget tweaked the ASD program slightly, changing its name to the North Carolina Innovative School District (ISD). It also added a provision that says if a district participating in the ISD has more than 35 percent of its schools identified as low-performing, then all of those schools could become part of an Innovation Zone should the district elect that option.

Hall, who started work in his position in May, told the board that the core values of the ISD are partnership balanced with accountability.

“When we partner, we have to do it with a high degree of intentionality,” he said, saying that partnership without accountability is irresponsible.

He said the partnership of the ISD will be with the communities surrounding the schools, as well as the students in those schools.

He laid out for the board the ISD process moving forward, dividing it into distinct parts. The first is the consideration phase.

“This is the part that I know a lot of folks are very interested in,” he said.

He told the Board that by September, he will release a list of schools that could qualify for the ISD according to state statute. He explained the schools on that list will be in the lowest five percent of the state and will have an elementary school component. They could be K-5 schools, K-8 schools or even K-12 schools.

He pointed out that in other states that have tried an ISD, it always focused in one specific area. In Tennessee, for instance, Memphis was a focal point, whereas in Louisiana, New Orleans was targeted. Since the ISD will be limited to no more than one school in each district, its impact will be far less disruptive than it may have been in Tennessee or Louisiana, he said.

“If the school has adopted one of the reform models…in the previous school year, they would not be considered as a qualifying school for that school year,” Hall said.

The next step in the process will be the evolution phase, Hall said.

During that phase, ISD staff will go into different schools and conduct evaluations. As part of the process, they will meet with county commissioners, the school board, community members, and the superintendent of the school district.

“This is where we have an opportunity to build understanding,” he said.

This phase will take place between October and December. During the next phase — the selection phase — Hall will come back before the State Board with a list of schools he recommends for the ISD. The deadline for that, according to the law passed by the General Assembly, is December 15.

In a press release, Hall said he will likely choose at least two schools to be up and running for the 2018-19 school year, with all five schools open by 2019-20.

The duration of the ISD experiment is five years, with the possibility of extension for another three years. And while the ISD will sign contracts with EMOs and CMOs for a period of at least five years, that does not mean they are obligated to remain with them, Hall said.

“We have to monitor that all along the way,” he said, adding that the ISD has a responsibility to the community to get it right.

By Feb. 1, the school boards in the identified districts will have to adopt a resolution that does one of two things according to the state law that created the program: transfer the school to the ISD or close the school.

“It’s in legislation, and it’s something we have to keep in mind,” Hall said.

The next phase, engagement, is when Hall said the groundwork will start to get the schools ready to open the following fall. ISD staff will be trying to nail down things like nutritional services, transportation, facilities and other things.

Next comes the partnership phase, which is basically the actual operation of the ISD for the five to eight year period.

“We are basically married in this process together,” he said.

And then there is the transition phase.

“I’ve always been taught, always begin with the end in mind,” he said.

In this phase, the ISD starts working to transition the schools back to their school districts. He said it is going to take intentional thought to figure out how to do this while taking care of parents and students.

Hall was previously president and CEO of Community in Schools of North Carolina, and before that he worked as National Director of Educational Services for AMIkids Inc., which provides intervention services to youth in juvenile justice programs and non-traditional schools in various states.

“To me this work is very personal,” Hall said.

He went on to say that he has seen, through his work with youth in the juvenile justice system, what life can be like if they miss out on opportunities to learn and grow.

He sees the ISD as something that can impact the future of children for the better, and he wants the districts he will approach to know that he is not coming from Raleigh to boss them around.

“We’re not telling people what to do,” he said. “We’re working with people to find those solutions.”

Bill Cobey, chair of the State Board of Education, told Hall he was impressed with the work he has done in a short time.

“What you’ve done far exceeds my expectations,” he said. “This is one of the most well put together presentations that have ever been given to this board.”