Supermoon, 2019's biggest and brightest, will light up the sky 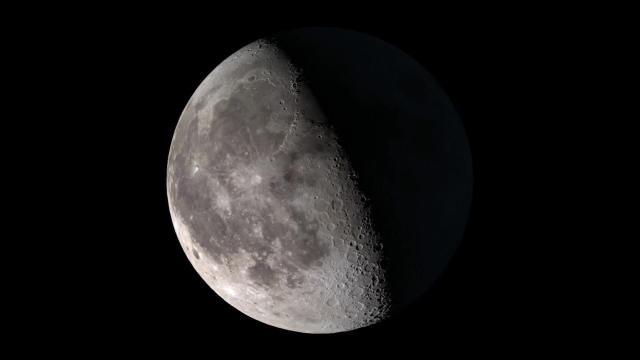 CNN — February's full moon will brighten the skies on Tuesday as the biggest and brightest supermoon of the year.

The super snow moon is the second of three supermoon events in the first three months of the year -- a packed lunar calendar for 2019, which marks the 50th anniversary of Apollo 11, the mission that took the first humans to the moon.

It will make the moon appear unusually large when it rises and sets, and -- like most lunar events -- is sure to draw amateur star gazers around the world outside.

When can I see it?

The supermoon will occur during this full moon because it will be closest in its orbit to Earth.

Technically, the supermoon will reach its peak on Tuesday morning at 10:54 a.m. ET, but it won't be visible then. Instead, keep an eye out later in the day.

Moonrise will be the best time for those interested in capturing dramatic supermoon photos because the moon will be closest to the horizon. Check your local time for moonrise here.

The moon looking deceptively large is known as a "Moon illusion," which occurs when the moon is close to the horizon and objects such as buildings or trees are in front of it for scale, which tricks our brains into thinking the moon is closer to the objects than it really is.

Why is it called the snow moon?

Each month, the full moon carries a different name signifying what is most associated with that time. This is because centuries ago, lunar months were associated with the changing seasons rather than the solar year.

Native Americans and Europeans gave February the "snow moon" title because it was the month associated with heavy snowfall, according to The Old Farmer's Almanac.

February's moon has also been called the bone or hunger moon due to the lack of food available in the winter.

What other lunar events are taking place this year?

The supermoon marks a big difference from 2018, when there was no full moon in February -- called a Black Moon. This occurs once every 19 years, and it's because January and March each have two full moons.

In January, we were treated to the super blood wolf moon, which had a remarkable red tinge.

While this isn't quite as exciting, the supermoon should be a beautiful spectacle.

And if you miss this one, there will be another supermoon on March 19 -- the last of three supermoons visible at the start of this year.