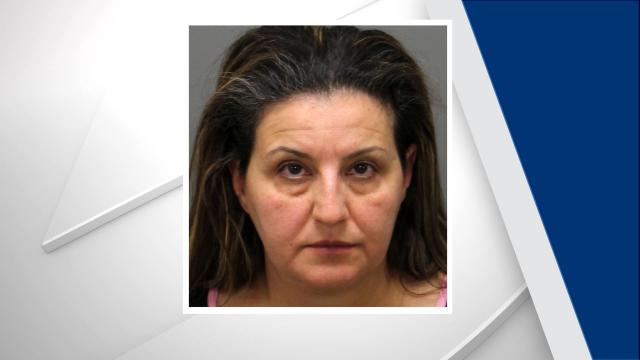 Holly Springs, N.C. — A substitute Wake County teacher has been charged with hitting a student last fall and is now unable to work in area schools.

Nazha Boris Shara, 50, of 116 Bryce Meadow Drive in Holly Springs, was charged Tuesday with misdemeanor assault on a child under 12. According to an arrest warrant, she allegedly slapped a 10-year-old on the back of the head or neck on Oct. 31.

The incident is alleged to have occurred in a fifth-grade classroom at Holly Grove Elementary School.

Wake County Public School System spokeswoman Lisa Luten said Shara, who has worked as a substitute teacher since January 2017, was immediately removed from the school, pending an internal investigation.

Shara has been released on a $1,500 bond, but the conditions of her release include staying away from all Wake County schools and not having unsupervised contact with anyone under age 18.

She is now considered "frozen" in the district's system, which means she can't work as a substitute at any local school, Luten said.