Raleigh, N.C. — Prostate cancer is the second leading cause every year in the U.S. of male deaths, a condition that is usually detected by a PSA blood test.

But the results from that test often lead to false positives and unnecessary procedures. 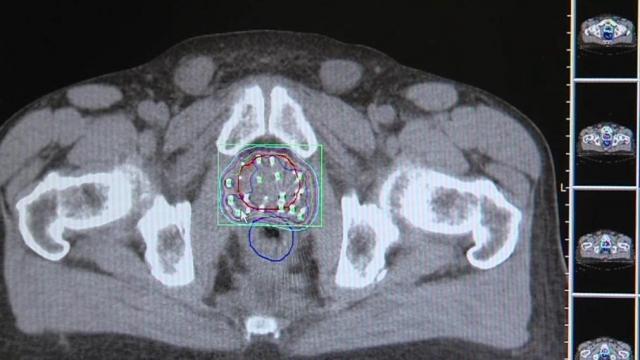 In a new study, researchers wanted to find a way to reduce those worrisome false positives.

Dr. Eric Klein, a physician at the Cleveland Clinic, led that research.

"What we can say with confidence now is that the IsoPSA is more accurate than PSA and is substantially more accurate in detecting the presence of high-grade cancer and, if widely adopted and used in the right way, could reduce the number of men who undergo biopsy unnecessarily by almost 50 percent," Klein said.

Study results support previous research which showed that the new "IsoPSA" blood test can tell the difference between a man's risk for developing either a high-grade or low-grade prostate cancer.

The standard PSA blood test is not "cancer specific" and can lead to false positives and unnecessary procedures, doctors say.

Researchers also found that, by combining the IsoPSA blood test with an MRI guided biopsy, predicting a high-grade prostate cancer was accurate 86 percent of the time.

There are many proteins in the bloodstream of men who have prostate cancer. Klein said the IsoPSA test is better able to identify how these proteins are related specifically to prostate cancer.

"It adds specificity for cancer, so if you have a worrisome PSA, it could be BPH or could be cancer," he said. "You don't know. It's almost a coin flip. IsoPSA gives you a better sense of whether or not a biopsy is justified."

Additional research is planned to determine if this new test should become today's standard PSA test. Until then, however, IsoPSA is not yet commercially available.