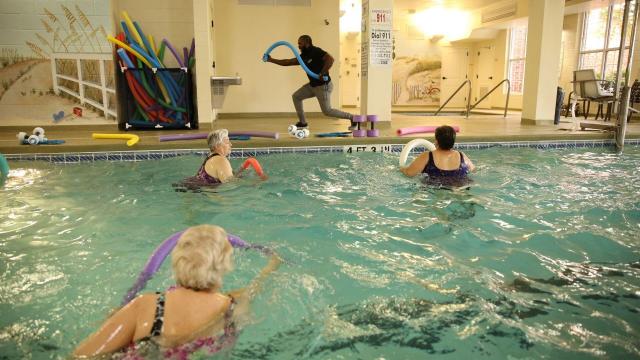 The number of years an American can expect to live has increased dramatically in the last century.

At the same time, longer lives do not necessarily mean healthier lives for Americans.

Since the Centers for Disease Control and Prevention began tracking obesity in the United States during the 1960s, the rates have tripled. Now, more than 70 percent of Americans are either overweight or obese. In addition, this obesity epidemic is linked to increased rates of diabetes, hypertension and heart disease.

The added years of life that modern medical advancements have won for today's Americans are often being lived in poor health and a decreased quality of life.

A decade-long study of how to optimize the aging process, published by the MacArthur Foundation, changed many previous assumptions.

The results showed that rather than being an inevitable slide into ill-health that starts many years before death, lifestyle choices could actually delay the worst effects of aging until much closer to death.

Dr. John Rowe and Dr. Robert Kahn summarized the study in their 1998 book, "Successful Aging." Their findings were that 70 percent of aging's physical effects and over half of its cognitive effects are due to these lifestyle choices, like how one approaches exercise, diet, social connections and finding purpose in daily routine.

"The MacArthur Foundation results are scientifically backed, and prove that with lifestyle changes someone can gain healthy years back to their life," said Dr. Dave Comer, the managing physician assistant at Prime MD. "This should not be underestimated. It is literally like discovering the fountain of youth."

Dr. Roger Landry was an Air Force surgeon who transitioned to finding ways for American civilians to better live their later years. He utilized many of the findings of the MacArthur Foundation to develop what he calls, "compressed morbidity."

Comer and his team at Cambridge Village have incorporated much of the lessons of both the MacArthur Foundation study and Landry's "Live Long, Die Short" philosophy. Comer especially sees benefits from lifestyle changes around exercise and keeping active.

"Any kind of cardiovascular exercise has been shown to lengthen the lifespan. Benefits include reduction in weight, hypertension, diabetes, cholesterol, as well as reducing symptoms of depression," Comer said. "These are common conditions in Americans, especially seniors. Positively impacting these diseases adds years to patients' lives. And not just years, but better quality years of vitality."

Comer said this does not just limit one to exercise in a gym, but also includes a generally active lifestyle.

"Anything that gets your heart rate up to therapeutic level, which is 50 to 70 percent of your maximum heart rate, can get the job done," he said. "This can be accomplished with dancing as well as other activities. It is recommended to get 30 minutes three times per week for individuals over the age of 65."