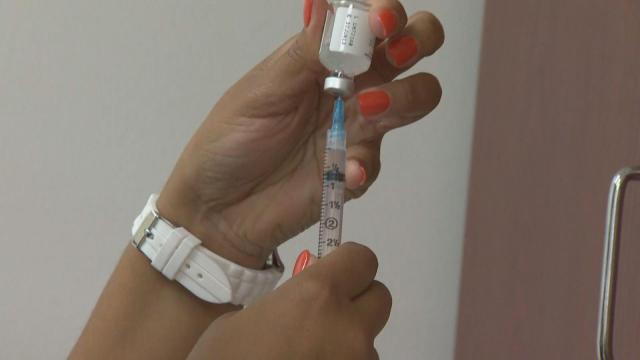 William Argumendo’s mother, Claudia Duque, makes sure her 11-year-old son gets a flu vaccine every year.

The vaccine is necessary because when William gets sick, his asthma is triggered.

Now, a new study from the Centers for Disease Control and Prevention shows that the flu vaccine is also critical for children who don’t have health issues.

Researchers looked at pediatric flu-related deaths and found 43 percent were in healthy children.

“About half the kids who die from the flu have no underlying medical problems and can die within four days of contracting the virus,” said Dr. Tamiko Jordan, a pediatrician at Children’s Hospital Los Angeles.

Flu complications killed more than 800 children over the past eight years. Children under age 5 are the most vulnerable.
A second study from Children's Hospital Los Angeles shows schools that offer vaccinations have higher rates of attendance and lower rates of flu.

The study also found that when half the students at one elementary school were immunized, unvaccinated kids also appeared to receive some protection.

"Kids spread the virus up to two days before they show any symptoms of the flu, and for up to 10 days after,” Jordan said. “So, it's a very long period they're contagious and people may not realize it.”

William understands the shot is important.

“So I can stay healthy and nothing can happen to me,” he says.