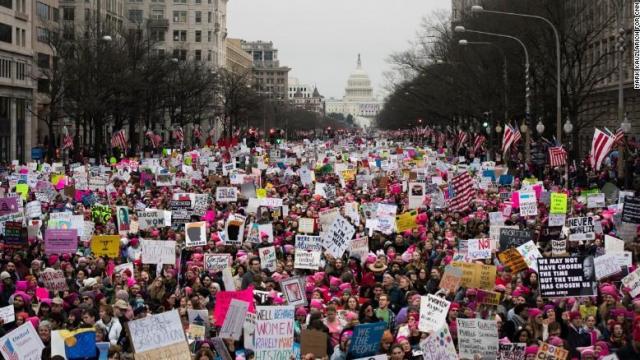 CNN — State legislatures are majority White and male, and are especially lacking in representation for first- and second-generation immigrants, according to a new report from New American Leaders, a nonprofit organization dedicated to helping naturalized citizens or their children run for elected office.

Of the current 7,383 state legislators in the US more than 81% are White and over 71% are male, according to the report.

Black legislators make up just under 10% while Latinx politicians represent about a little more than 4% and Asian Pacific Islanders about 2%. Others, including Native Americans or those identifying as multi-racial, are all under 1%.

Those identified as "new Americans" -- first- or second-generation immigrants -- represent 3.5% of all seats. That does not include Latinx politicians of Puerto Rican descent, who the group does not count as new Americans.

Women represent less than a third of all state legislators, or 28.9%.

The analysis comes as the US continues to grapple with its history of racial inequality and the ongoing impacts of the coronavirus on communities of color, including immigrants.

Sayu Bhojwani, founder and CEO of New American Leaders, told CNN that the disparities in representation are another indication of how systemic racism continues to affect political representation.

"The gap itself isn't surprising," she said. "I think what's worth looking at is what are the underlying concerns for that gap. A big set of concerns falls within this broader systemic racism. This was a system made to work for wealthy White males rather than for people of color."

Bhojwani said obstacles for new immigrant groups getting into politics includes not having access to traditional forms of political power structures like clubs, unions, and connections to party leaders who can influence the next wave of political candidates.

More than 23 million naturalized citizens will be eligible to vote in the 2020 presidential election, making up roughly 10% of the nation's overall electorate, according to the Pew Research Center. That means that 1 in 10 voters this fall will be an immigrant, a record high for the US at a time when racial, economic, social and political disparities are coming to a head.

One recent shift, however, is the growing Latinx representation of state legislators that comprises the largest bloc of new Americans taking local office.

"Oftentimes we have been so disregarded and pushed to the side that people don't understand that this is something that is possible. Once that one Latino, or Latina decides to break that glass ceiling and run, all of the sudden you see a bunch of other Hispanics primarying a candidate," said Romero.