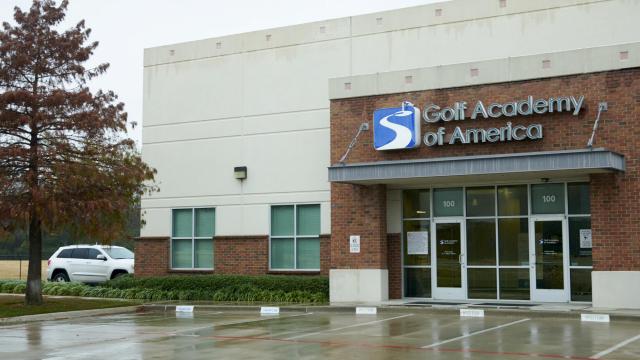 The for-profit college chain Education Corporation of America said this week that it would shut down nearly all of its schools, leaving almost 20,000 students with partially completed degrees and credits that many other schools will not accept.

The company, based in Birmingham, Alabama, operated more than 70 vocationally focused campuses nationwide before losing its accreditation Tuesday. The chain’s programs included training for aspiring chefs, nurses and green-energy workers at schools including Brightwood College, Virginia College and the Golf Academy of America, which sold itself with the slogan “preparing students to win in the game and the business of golf.”

The shutdown was the largest failure of a for-profit chain since 2016, when ITT Technical Institutes went bankrupt, and came after the college’s accreditor — itself a troubled organization that the U.S. Education Department had accused of oversight failures — said it would no longer endorse the company’s programs.

That caused potential investors to walk away from the chain, according to a letter Stu Reed, the company’s chief executive, sent to students Wednesday.

“It is with extreme regret that this series of recent circumstances has forced us to discontinue the operations of our schools,” Reed wrote.

Stunned students vented their frustration on social media. “Thank you for crushing my dreams,” a Virginia College student tweeted.

Just one of the chain’s schools — the online-only New England College of Business and Finance — will remain open, according to a spokeswoman for the school. The body that accredits it is different from the one covering the chain’s other campuses.

Education Corporation of America had been visibly teetering for years as enrollment fell and the company slipped behind on payments toward its mounting debts. In September, it said that it would wind down operations at nearly a third of its schools.

Its abrupt collapse came at an otherwise promising time for for-profit schools: The Education Department is reversing a regulatory crackdown that pushed several of the nation’s largest chains into bankruptcy in recent years.

Federal student loan funds are the lifeblood of most for-profit schools, but critics have long criticized the industry for saddling students with large debts for programs that rarely led to well-paying careers. President Barack Obama’s administration imposed new rules designed to cut off federal cash to schools that routinely left students with debts that dwarfed their earnings.

Education Secretary Betsy DeVos has worked to relax those rules, which she said “unfairly and arbitrarily” penalized career training programs. She has hired former for-profit executives for top jobs in her department, including to lead its enforcement unit.

Liz Hill, an Education Department spokeswoman, criticized Education Corporation of America for its sudden shutdown. Some of the chain’s schools stopped operating just one day after a new semester began.

The abrupt closing “is highly disappointing and not best for its students,” Hill said. “There were other options available.”

Students who are unable or unwilling to transfer their credits and continue their studies elsewhere can apply to the Education Department to have their federal loans forgiven through the department’s closed school discharge program. A recent rule change requires the department to automatically forgive the loans of some eligible borrowers.

In a legal filing two months ago seeking approval of a restructuring plan, Education Corporation of America warned that its failure — which seemed imminent — would “be a drain on the federal treasury” by forcing the Education Department to write off “potentially millions of dollars” in student debt.

To qualify for federal loan funds, schools must be vetted and approved by an accrediting agency, which is supposed to investigate and vouch for the institutions’ quality and soundness. The agency that withdrew Education Corporation of America’s certification, the Accrediting Council for Independent Colleges and Schools, had its own recent brush with death and regained its federal recognition just two weeks ago. Obama’s administration stripped its powers, accusing it of missing major red flags at failing schools before they collapsed. But DeVos’ department announced that it would reinstate Acics and said the Obama administration had made procedural errors in terminating the group. The organization promised to be a stronger watchdog and “hold schools accountable for meaningful student outcomes.”

One of its first moves was to give Education Corporation of America the boot. The company’s “rapidly deteriorating” finances and failure to fix problems identified by a prior accreditor gave Acics “grave concerns” about the chain’s future, Acics said in the withdrawal letter it sent Tuesday.