Students, families distressed after being turned away from Bladen County graduation

Bladen County, N.C. — Not everyone who wished to attend the Bladen Community College graduation had a chance this year.

Brandon Lee Locklear was hoping to accept his diploma on stage for an associate’s degree in nursing in front of his family. But that didn’t happen.

Each graduate was allowed tickets for five guests, but the school says about 50 people - Locklear believes it was more like 75- couldn't get in for the ceremony.

He said somebody in the locked-out crowd drove six hours.

Bladen Community College is a small, rural campus. The number of graduates, around 218, is roughly the same every year. But this year’s ceremony was larger. 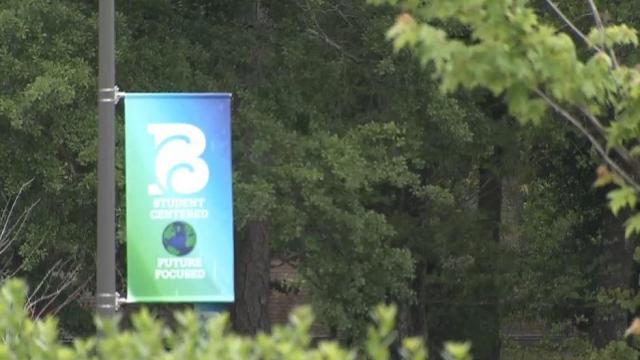 “We had the largest number of graduates attend the graduation that we’ve had at the college in some years,” Findt said.

He said teachers sat on the stage to make more room and the choir sat backstage.

“We’re very regretful of that our faculty and staff are pained by this,” Findt said. “These are their students who they have worked with for years.”

In the end, he said it came down to public safety.

“We’re under fire code, so there are only so many we can get in,” Findt said.

Locklear chose to skip the ceremony in favor of spending time with his family who had made the trip.

“So many people had to walk away. They were sad and distressed,” Locklear said.

Findt promised turning people away will not happen again.

He said next year the school will likely decrease the number of tickets given to each graduate and consider having two ceremonies.