Student loan nightmare: 'I have to start all over' 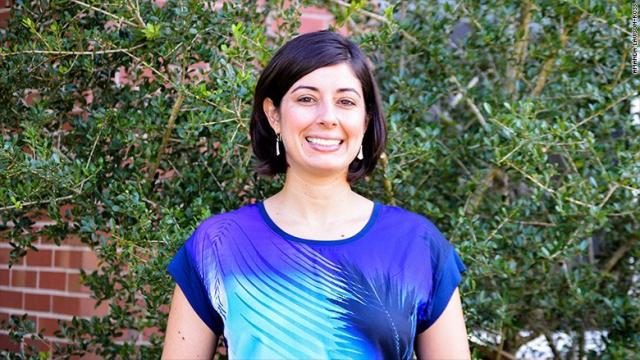 NEW YORK (CNNMoney) — Amanda Lawson-Ross planned her career around a government loan forgiveness program. But after making payments for four years, it turns out she doesn't qualify.

Lawson-Ross was in graduate school at the University of Akron when she first heard about the Public Service Loan Forgiveness program. Launched in 2007 under the George W. Bush administration, it promises loan forgiveness to people who work at non-profits or for the government once they've made 10 years' worth of payments.

It sounded like a good option for Lawson-Ross, who was pursuing her Ph.D. in counseling psychology and would be saddled with more than $100,000 in debt when she finished in 2013. She's been planning her life around the repayment program ever since, choosing internships that set her up for a career in the public sector. She's now a counselor and professor at the University of Florida.

Lawson-Ross told CNNMoney that she called her loan servicer, Great Lakes, many times over the years to make sure she was on track to qualify. She says she was told that all she had to do was make 120 monthly payments and work in a public sector job.

She believed she had made more than four years of qualifying payments when she called again this past summer. But this time, a Great Lakes customer service agent told her something different.

"I lucked out, I guess, and got a kind Great Lakes customer service agent on the phone who shared with me that not all my loans would qualify for the program. It was the first time I had been told that, even though I had asked before," Lawson-Ross said.

The only way for her to receive forgiveness now is to consolidate her student loans and start all over again and make 10 years of qualifying payments.

"I started sobbing right away. But something sounded fishy. Here I am, an organized and intelligent person who does my research and I just found this out. So, I started looking for an attorney," she said.

In October she sued Great Lakes, alleging that the company repeatedly gave "false information" regarding her eligibility for Public Service Loan Forgiveness, resulting in monetary damages because it will now be more expensive to finish paying off her debt.

"The harm here is so great there needs to be a remedy for the people who volunteered for public service," Centrone said.

A spokesman for Great Lakes said he could not comment on pending litigation as per company policy. A Navient spokeswoman said she couldn't comment on the specific cases except to say that the company disagrees with the allegations and will defend against them in court.

Many other student loan borrowers have had similar experiences. In June, the Consumer Financial Protection Bureau issued a report spotlighting complaints from borrowers claiming they had not received accurate information from their loan servicers about the program even after identifying themselves as a public worker.

"When the companies responsible for delivering on this promise aren't up to the task, our dedicated public servants shouldn't have to pay the price," said CFPB Student Loan Ombudsman Seth Frotman at the time.

Part of the problem is that there was no formal process in place for borrowers to find out if they qualified when the program launched in 2007. A form was eventually made available in 2012, which could have notified borrowers that they didn't have the right kind of loans -- but many say they were never told about it. Borrowers are not required to submit the form prior to making all the payments.

"We're hearing the same story time and time again. Loan servicers were telling people 'No problem, you're going to qualify.' And then they find out 10 years later that they never qualified at all," Centrone said.

Bill Cottrill, a meteorologist for the National Weather Service, filed one of the lawsuits against Navient. He expected to see his remaining student debt forgiven this year, but when he applied in March, he was told he didn't have qualifying loans either.

"My first inclination was that it was a clerical error. I didn't expect I'd have to start all over," Cottrill said.

Much of the confusion lies with where the loans originated. Those eligible for forgiveness were originated by the federal government. Both Cottrill's and Lawson-Ross' loans are Family Federal Education Loans, which were made by private lenders but backed by the government. Those kinds of loans were phased out after 2010 and replaced by William D. Ford Direct Loans, which are both made by and guaranteed by the government. Unlike the FFEL loans, the Direct Loans qualify for the forgiveness program.

Those with FFEL loans can still qualify for the loan forgiveness program by consolidating their debt into Direct Loans. Any payments already made on their loans won't count toward forgiveness. But many students didn't know they had the wrong kind of loans until they'd already been making years of payments.

The Navient spokeswoman said that a "borrower's loan type is stated in the loan contract and on other multiple documents." The company's representatives, she said, "take care to explain Public Service Loan Forgiveness eligibility to interested borrowers and refer customers to complete an Employment Certification Form annually to ensure they are eligible."

Cottrill, now 60, said Navient never told him about the form and he only discovered it after coworkers pointed him to it. Now that he won't be receiving forgiveness this year, he expects to delay his retirement. He and his wife have just relocated from Key West to Kansas City, where the cost of living is lower. It's a move partly driven by his outstanding student debt, which tops $140,000.

"It's frustrating that there are some public service employees who are getting this benefit and others who aren't just because they don't have a certain loan," he said.

Are you planning to use the Public Service Loan Forgiveness Program? Share your story with Katie.Lobosco@cnn.com.