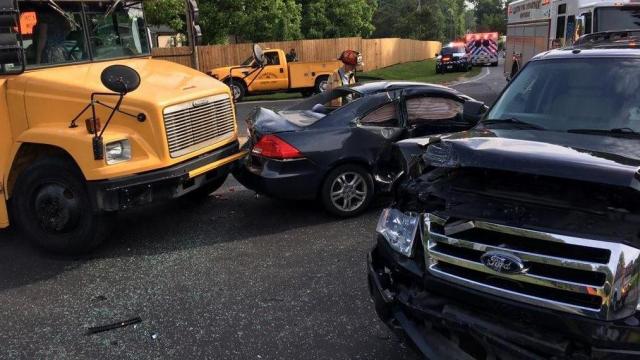 Clayton, N.C. — One student was injured Monday morning in a school bus crash in Clayton.

According to Clayton police, the crash occurred on Amelia Church Road at Barber Mill Road. Two other cars were involved in the crash.

Officials said one student has minor injuries and that 10 other students and the bus driver were not hurt. One person in one of the other cars involved was also injured. The extent of their injuries is unknown.