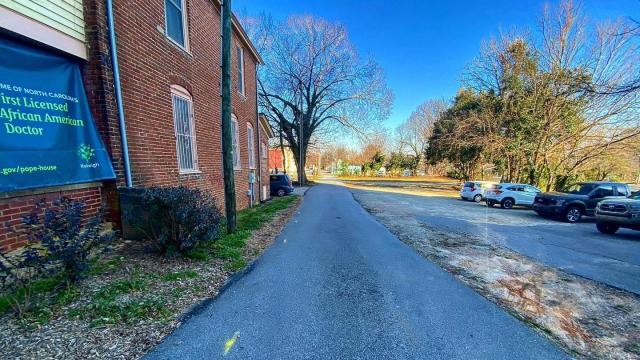 People drive past his 120-year-old home in downtown Raleigh everyday and never even notice.

It's easy to miss it, while driving past the towering buildings around Wilmington and Fayetteville Street. But hidden between the high rises is a house with a big history – the home of Dr. Manassa Thomas Pope.

In fact, this section of Raleigh had a lot of 'firsts' in Black history.

The first Black licensed doctor in NC. The first Black man to run for mayor in Raleigh. The first four-year medical school, at Shaw University. One of the first private hospitals for the Black community, and a Black OBGYN.

It also had a historic Black church, and many historic homes.

Today, Stronachs Alley is just a side road surrounding by vacant parking lots and towering high-rises. The Pope House is one of the only historic remnants still standing – like a time capsule to a history that should never have been lost. 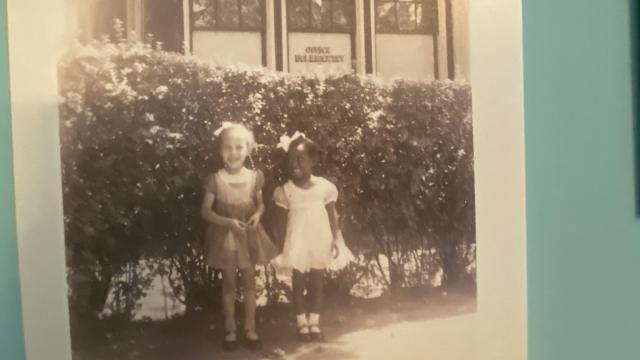 Aside from being the state's first licensed Black doctor, Dr. Pope was also the first Black man to run for mayor in Raleigh.

And his home is right beside Shaw University, his alma mater, which launched the first 4-year doctor program in the country.

In the late 1800s and early 1900s, this street was an epicenter of African-American success and wealth.

Today, most of the historic Black churches, homes and businesses that surrounded the Pope home have been bulldozed into parking lots that hold no semblance of their former glory.

Surrounded by Shaw, St. Augustine's and Hargett Street, which was known as Black Main Street at the time, the African-American community planted in this part of the city flourished.

The neighborhood was centered around Stronachs Alley, which the Raleigh Development Historic Commission described as "the [African-American] cultural and intellectual hub of the city."

"It was a little neighborhood unto itself. All the houses faced inward," said Dollar.

"Although the houses that lined Stronachs Alley are no longer standing, the alley pathway remains evident and is an important part of the city’s history," said the RHDC website.

Even as the alley holds very few clues of its history, curious visitors can go inside the Pope House and get a glimpse back to those bygone days. 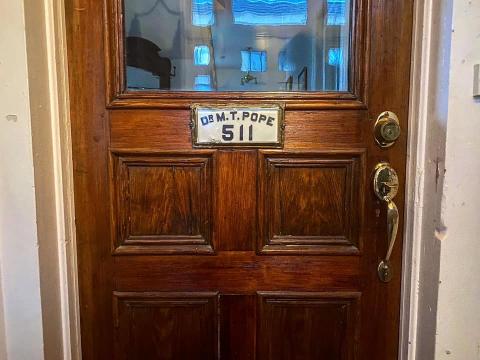 The Pope House: A final remnant of a thriving African-American neighborhood

"Raleigh was anchored by St. Augustine's and Shaw University," said Ernest Dollar, the Executive Director for the City of Raleigh Museum. He also manages the Pope House, which is the only Black museum house in the city – and one of the only ones in the state.

"The two-story brick residence is the last surviving building from a once-thriving neighborhood of middle and professional class African Americans, defined by the racial segregation of early 20th-century Raleigh," according to the National Park Service.

Dr. Pope was a native of North Carolina, born in 1858 to a free family.

He graduated from Shaw University in 1885.

Inside the house is a time capsule to the life of a Black doctor in the early 1900s. The shelves are full of Dr. Pope's antique books. An old-timey phone hangs on the wall. Some items are completely unrecognizable by modern standards.

It's strange to look out the vintage windows and see the towering buildings of modern Raleigh – or the vacant parking lots where hidden history once happened. 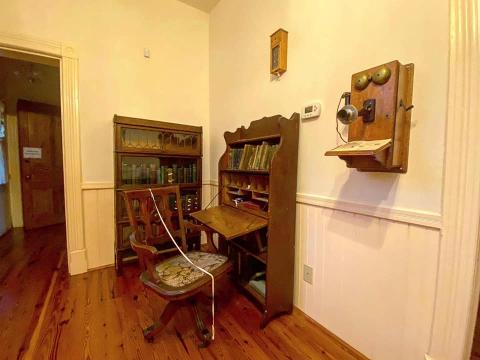 The Pope House has launched a new exhibit, showing Dr. Pope's photo collection dating back to the 1800s.

"The photos go from 1870s when they were tintypes, all the way up to polaroids," said Dollar.

Some photos show men or women who had just been freed from slavery. They are dressed up, donning bow-ties or flowing dresses – and there is a fire of pride glowing in their eyes.

"For people who just came out of slavery, to be able to have a photo taken, it was a powerful statement," said Dollar. 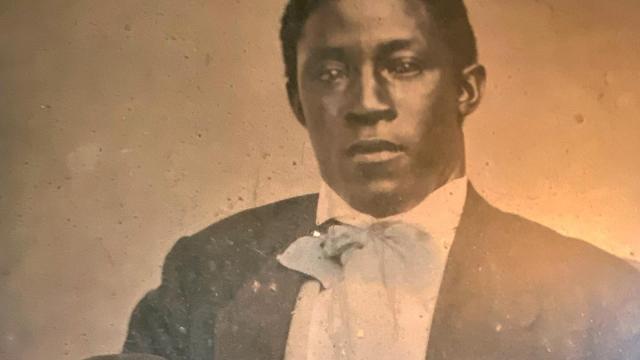 One of the many tragedies of slavery is how often families were torn apart, never to see each other again. Some family members immediately went searching across the South, walking by foot or on horseback, to find their lost loved ones.

"During slavery families were torn apart all the time," said Dollar. "So photography freezes them - you've got proof of your family."

A photo might be the only trace of your loved one's face.

"The exhibit shows, pardon the pun, a snapshot of Black life," said Dollar.

There is no other African-American House Museum in Raleigh. There are only a handful around the state.

"It's kind of a hidden gem," said Dollar.

The Pope House is open for tours and showing its new exhibit. You can learn more about how to tour the house yourself on the Pope House website. 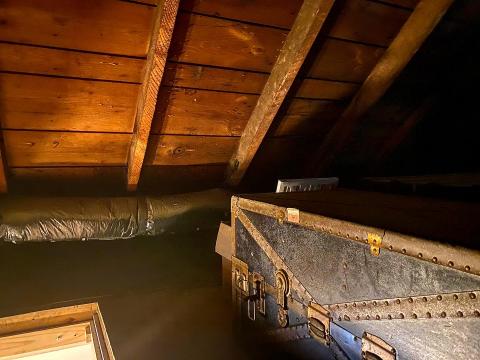 Exploring the unseen attic, unopened trunks and treasures within

WRAL's Hidden Historian explored the house from top to bottom with historian Ernest Dollar. Take a tour of some of the unseen places and untold history of the home!