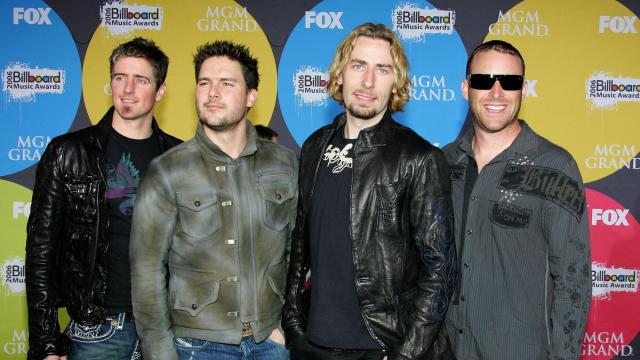 CNN — Nickelback's music is often the stuff of memes, so it's fitting that a viral tweet briefly revived the band's popularity.

By October 3, streams of the song surged nearly 40% from two days earlier.

Listeners streamed the song and watched the music video more than 771,000 times in the immediate aftermath of Trump's tweet, according to data from Nielsen Music. The analytics company collects data from streaming services like Spotify, Apple Music and YouTube.

Digital sales of the song soared between October 2 and 3, too -- a whopping 569%. But that number is a bit misleading, as sales for the week ended at 1,000 downloads, Billboard reported.

"Photograph" is one of the oft-maligned, highly meme-able Canadian rock band's last chart-topping singles. The song spent one week at No. 1 on the Billboard 200 in 2005, but Nickelback's success has faltered since the mid-aughts.

Though the text of Trump's tweet remains, Twitter ultimately removed the video after Warner Music Inc. made a copyright complaint. (Warner Music Inc. is not connected to WarnerMedia, CNN's parent company.)

This story was updated with data from Nielsen Music.