Streaming could fill the stay-at-home void amid coronavirus fears 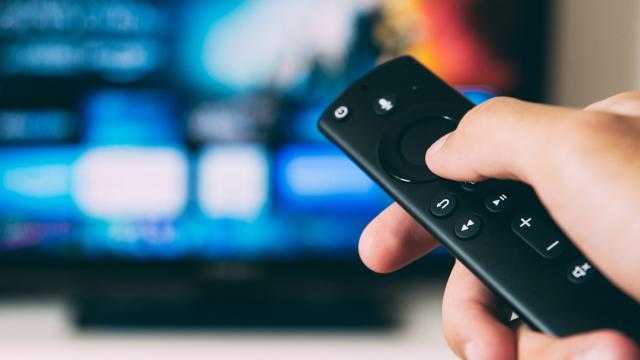 By Analysis by Brian Lowry, CNN

CNN — Television has historically benefited from factors that prompt people to stay at home, from bad weather spells to terrorism to economic downturns. For a media industry undergoing a gradual evolution, the question is how much fears stoked by coronavirus will impact the investment in streaming.

Actually, that's just one of the unknowns about media's future, which were percolating even before the threat of a pandemic entered the conversation. They include how willing consumers are to pay for an onslaught of new home-viewing services, and which existing alternatives will suffer -- including trips to movie theaters -- as a result.

The stock market, already, is registering signs of how the smart money sees this playing out, at least in the near term. As CNN Business reported, "stay at home" stocks, like Netflix and Amazon (because of its home-delivery function, but it's in the streaming business too), have been early gainers as investors reallocate funds, while movie-theater chains, concert promoters and cruise lines have suffered.

Netflix, of course, is the best-established streaming player, and the studios mounting challenges to it -- including Disney+, CBS All Access, and upcoming rivals from WarnerMedia and Comcast -- are betting that there will be more demand for the same. (CNN is a unit of WarnerMedia, whose service HBO Max launches later this year.)

Those calculations, however, were based primarily on convenience, not fear. And while each of the streamers hopes to differentiate itself -- through a combination of original content and its programming library -- they are competing with other established forms of distribution, including movies cable, satellite and telephone companies.

The potential impact of coronavirus, in this context, won't necessarily be in the near-term increase in people choosing to stay home on Friday or Saturday, opting to Netflix ( or Amazon or Hulu, etc.) and chill, or not chill.

The greater effect, rather, will be if that process hastens the shift toward watching entertainment on a solitary basis, dealing another blow -- perhaps a small but potentially significant one -- toward the communal experience.

In the past, it's worth noting, spikes in at-home TV viewing tended to be cyclical. There would even be pent-up demand for getting out of the house once those factors that triggered a downturn passed, whether that meant an improving economy or waning fears of a perceived threat.

The way streaming could alter that equation is in the quality and sheer tonnage of content. Even a 200-channel cable environment can be a little hit-miss in terms of whether a movie or show you want to watch happens to be on. The appeal of streaming is to make the whole menu available right here, right now.

Will that make a difference? Will theaters struggle even more to get people, to paraphrase the old song, off the farm? As is so often the case with these things, we might not know until some time after things get back to normal -- or whatever passes for "normal" these days.

Writing in the New York Times, Charlie Warzel said the virus could represent "the first true test of the 21st-century way of life, laying bare the hidden fragility of a system that has long felt seamless."

One of the obvious short-term responses, it seems, would involve rewiring some of our connections -- including a shift from in-person assemblies to digital ones.

What this ultimately comes down to is consumer behavior, and whether this confluence of events turns out to be a blip, or one that yields long-term consequences.

The uncertainty and high level of fear associated with coronavirus will eventually be in the rear-view mirror. At some point after that, we'll have a sense of whether this period moved us closer, when it comes to the way we consume our entertainment, to being islands in the stream.