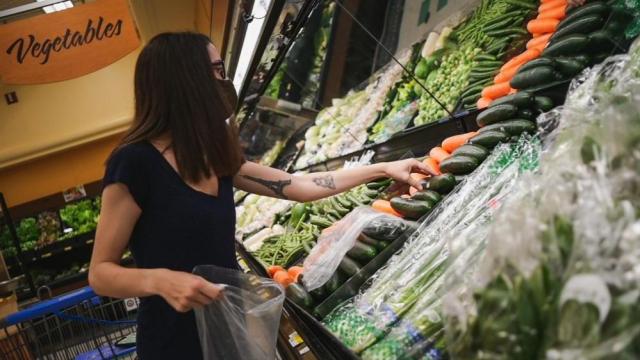 In North Carolina, spending from the federal government makes up a little more than 12 percent of the state's economy, making it the second-largest sector of the state economy.

For local businesses looking to get involved in the federal market, there are plenty of opportunities to be had. But first, there are a few hoops to jump through.

At the North Carolina Military Business Center, executive director Scott Dorney and his team have been working to simplify the federal government contracting process and stimulate the state's economy for more than a decade.

Resources offered by the NCMBC include MatchForce, a program that matches businesses with government contracts that could potentially suit them, as well as an annual construction summit that welcomes some of the top government officials from across the Southeast region.

Another resource offered by the NCMBC is their Strategic Industry Professionals. SIPs have experience in a variety of fields relating to the federal government, from technology to construction to aerospace, that they leverage to help businesses across the state identify opportunities and better understand the intricacies of each industries' process.

"The heart of the NCMBC is the team of business development professionals across the state that monitor federal buying offices for the most lucrative contract opportunities. They monitor the agencies for contracts and send those out to businesses on a daily basis," Dorney said. "A certain number of industries, like military construction, food and aerospace, have significant future contract opportunities and a high density of businesses in North Carolina. Consequently, we designate those as our strategic industries."

He continued, "Within those industries, we employ a strategic industry professional that has unique experience and expertise. In most cases, these people work anywhere from eight up to 24 hours a week, and they work directly with the NCMBC business development professional to develop strategic plans and to connect North Carolina businesses with federal opportunities and officials at the highest levels."

Randy Chandler worked for 32 years in the Defense Commissary Agency, known as DeCA, where he was the director of sales and helped operate and stock commissaries across the world. In addition, he also spent seven years as vice president of the Commissary Division for Overseas Service Corporation, racking up around $480 million worth of sales to commissaries across the world. In short, Chandler has ample experience and high-level connections in both government and industry — the perfect candidate for an SIP position.

After retiring in 2017, he connected with Dorney and signed on as the NCMBC's SIP for subsistence, providing food to commissaries, exchanges and troop feeding facilities. In his current role, he uses his professional ties to identify opportunities for North Carolina businesses, breaking down the intricacies of the federal government's sourcing process to bring more income to the state.

"The government contracting process is quite complex and the NCMBC wants to have somebody try to lay out and spell out for you what you have to do to meet the different hurdles that the law or statutes put into place — that's the expertise that I know, and there are counterparts like me in different areas," Chandler said. "My role is explaining the best way to penetrate the market and the best way to service the market and support the military. A lot of times, people just don't understand because it is so different from everything else that's going on in different sectors."

In North Carolina, for example, agriculture makes up a large portion of the state's economy.

At DeCA, most of the produce supplied in commissaries is outsourced through a third-party vendor. While Chandler doesn't plan on getting farms around the state to sell directly to the military, he does see potential in local farms selling their produce to these third-party vendors, who can then in turn supply it to military commissaries. Additionally, since commissaries mostly sell name-brand products, Chandler hopes to assist local companies in establishing their name, brand and identity in order to better their chance at selling in the commissary system.

Since Chandler grew up on military bases for most of his life, he knows just how much comfort this taste of home can provide.

"It's more than just selling products — you really are providing a needed service," Chandler said. "I've been to all the commissaries in Japan and Korea and all the ones in Europe. And you're sitting in Seoul, South Korea, you can go to a grocery store downtown, but they don't have Heinz ketchup. To be able to get products like that to places like Korea, and Guyana and Panama — it's a little bit of home. For a manufacturer or supplier, I think you'd get a little extra pride in helping support those folks."

"I try to explain to people in North Carolina that with DeCA, your product gets to compete without the interference of the retailer," he continued. "In other words, in retail, if you sell a product to a grocery chain for $1, they may charge $2 for it. Well, the commissary is required by law to charge $1 and 5 percent, so $1.05. It's a good way to move your product and also support military families."

Chandler's expertise in the commissary and exchange field has proven invaluable for the NCMBC — and there's plenty more where that came from. Through the help of other strategic industry professionals in fields such as infrastructure, energy, and aerospace, the NCMBC is able to help local businesses across the spectrum make invaluable connections and stimulate the North Carolina economy.

"A lot of folks at the NCMBC like myself have spent a lot of time inside the military and are now devoting a little time to give back to businesses in North Carolina and there is just a wealth of knowledge on the NCMBC team, especially on the contracting side," Chandler said. "They provide knowledge and insight to help get people on board and to my knowledge, all of the folks that we do have in these roles, they all have experience, whether in medical, aerospace, buying or supervising folks who do buying — so this is a great knowledge base. It's a great investment for North Carolina, and it produces a great return on that investment."