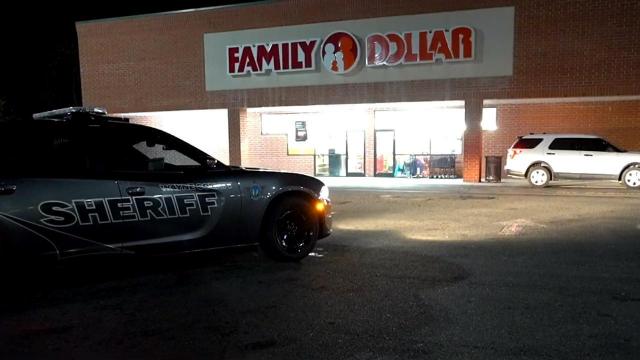 Dudley, N.C. — The Wayne County Sheriff's Office is investigating after a store clerk was shot during an armed robbery on Friday.

Capt. Shawn Harris reported the incident happened at the Family Dollar on U.S. 117 South in the Mar Mac community. Deputies were called around 10 p.m. to an armed robbery and shooting. Officials said they found a store clerk had been shot during the robbery.

A K-9 patrolled the area but did not locate the suspect. Officials said the suspect is a black man, between 5-foot-9 and 5-foot-11 with a slim build and short dreads. He was wearing a black hoodie, dark pants, a white shirt and white tennis shoes. He used a dark-colored bandana to cover his face and had a small caliber handgun.

The store clerk was transported by EMS to Wayne UNC Hospital, where she was listed in good stable condition.