Dow and Nasdaq post their worst day in a month 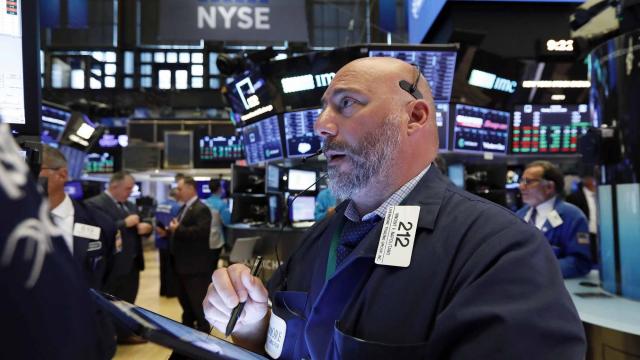 CNN — The Dow and the broader stock market ended in the red Thursday, on one of the biggest days of the earnings season.

Both the Dow and the Nasdaq Composite recorded their worst one-day percentage drops in a month.

The Dow closed 0.5%, or 129 points, lower. The S&P 500 also finished down 0.5%, and the Nasdaq Composite closed down 1%, just one day after both indexes closed at new record highs on Wednesday.

Earnings season is in full swing and it's one of its busiest days yet. Missed expectations led stocks to selloff and drag the market at large down with them.

The biggest loser in the S&P and the second-biggest in the Nasdaq was Invisalign maker Align Technology, which closed down 27% in the after issuing a profit warning. In the Dow, the worst stock was Dow Inc, which dropped 3.8%.

Internet giants Google and Amazon, as well as chip maker Intel and Starbucks, are posting their earnings after the market close.

Elsewhere, the European Central Bank delivered it's monetary policy update. The central bank left interest rates unchanged and said rates would remain at their current levels or lower "at least through the first half of 2020." In the subsequent press conference, ECB President Mario Draghi said the outlook for the eurozone economy is getting "worse and worse."

Investors now expect the ECB to ease its policy in September. The central bank said in a statement it would "examine options" such as new asset purchases.

Looser monetary policy generally supports stock prices, because it allows companies to borrow at cheaper rates. Following Draghi's comments, however, European stocks ended in the red, with the pan-European Stoxx 600 closed down 0.6%.

The ECB update comes less than a week before the Federal Reserve meeting at which investors expect interest rates to get cut by at least a quarter percentage point.